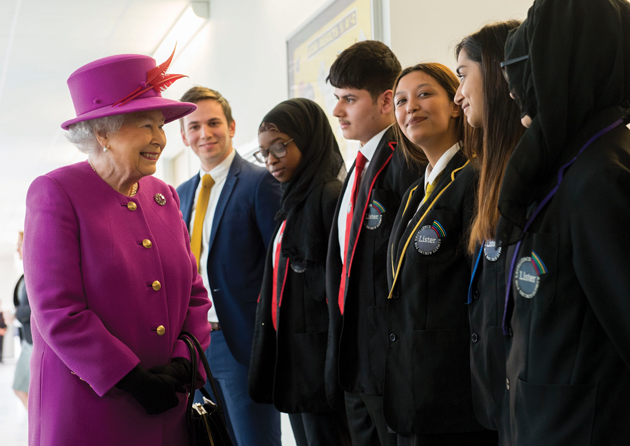 The Queen recently visited London’s Lister Community School to watch pupils perform a music rehearsal led by musicians from the National Youth Orchestra (NYO) as part of a special event to celebrate the Queen’s Trust .

The young instrumentalists from the Lister School Orchestra demonstrated their skills before performing a specially arranged excerpt of Britten’s The Young Person’s Guide to the Orchestra in front of a 1,350-strong school audience.

The visit formed part of a day to showcase the work of charities funded by The Queen’s Trust including the NYO, the country’s biggest orchestra of teenagers.

Sarah Alexander, its chief executive and artistic director, says: “It is immensely thrilling to be part of this event and we’re proud that the Queen had the opportunity to see the work of our outstanding young musicians, as they inspire other teenagers in orchestral music.”

As well as observing the young instrumentalists, The Queen met representatives of other charities supported by trust including Teach First, IntoUniversity, Frontline and Carers Trust.