Twelve individuals, schools, and organisations have received awards from National Association for Special Educational Needs (Nasen) as recognition of their work with children and young people with special educational needs and disabilities (SEND).

The evening was hosted by celebrity guest Vanessa Feltz on October 19 at the Waldorf Hilton Hotel, London, and saw nearly 200 guests come together to celebrate the work being done to ensure children and young people with SEND can reach their full potential.

Dr Adam Boddison, chief executive of Nasen, said: “It’s an honour that we as a charity are able to bring together a host of people from across the SEND community in order to celebrate and reward some of the most inspirational work that has taken place over the last 12 months.

“This is the second year running for our awards ceremony, which gives us the opportunity to say thank you to those people who make a real difference to the lives of children and young people with SEND and who dedicate their time to helping them fulfil their potential.” 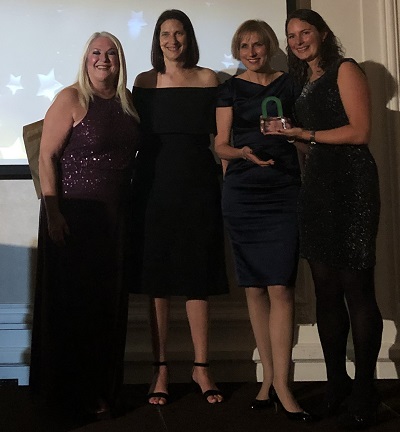 Stanley Primary School is a large inclusive school that offers 18 places of specialist provision for children with autism spectrum disorder and related conditions.

This year, four children have moved from this specialist provision into mainstream schooling and the school’s progress measures for year 6 SATs were greater than expected.

Stanley Primary was nominated for this award by the parent of a child diagnosed with autism, attention deficit hyperactivity disorder (ADHD), a learning difficulty and a language disorder. The school’s specialist resource unit was his eighth school placement, but he is now “accepted unequivocally”. 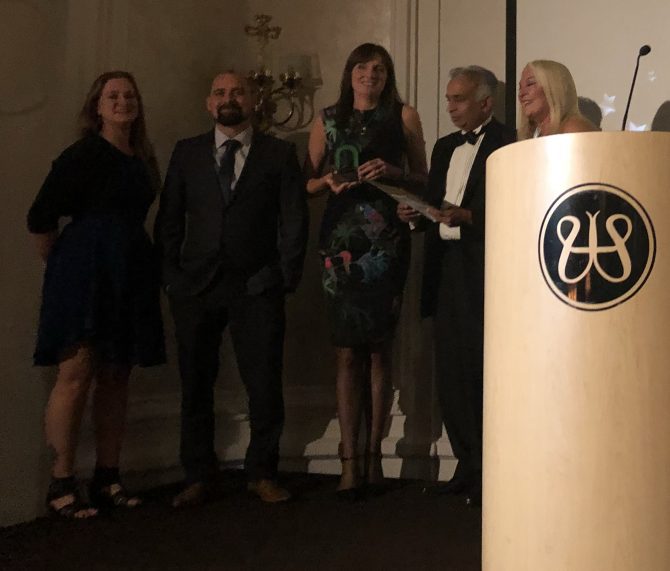 Oakfield is an 11 to 19 special school and college for learners with complex learning needs, with 184 learners on roll. The school motto is ‘Learning today for our tomorrow’ and its aim is to boost both pupils’ achievements and their future aspirations.

The school’s destinations data for the last three years shows that all students have made a successful transition to their next step.

Fiveways Special School, Inclusion for All 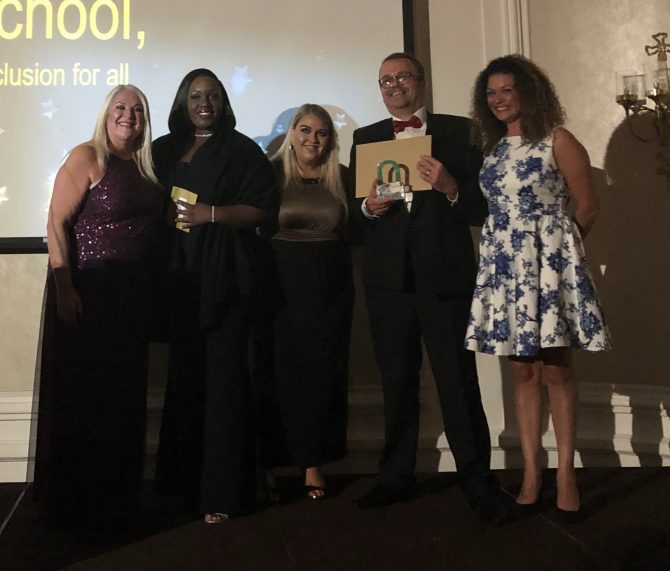 Fiveways School is a small special school in Yeovil, rated ‘outstanding’ by Ofsted. It caters for young people aged four to 19 with severe learning difficulties and additional needs.

The school runs an ‘Outreach Service’ that provides support and training for local mainstream schools, with the aim is of helping all schools to have more confidence and knowledge of strategies for working with young people with SEND.

Pupils at the school learn in mixed ability classes and also get the chance to access local schools, colleges and workplaces to learn and socialise in different environments. Pupils from other schools also have opportunities to access the resources at Fiveways School, and can join in with classes through weekly or part-time placements.

Sponsored by University of Wolverhampton 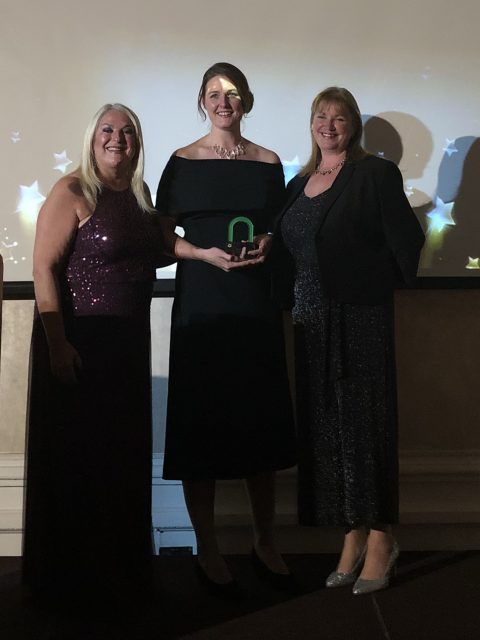 Natalie Menagh is the inclusion manager at Whitefield Primary School in Liverpool. She has helped the school become a ‘National Flagship School’ for the Inclusion Quality Mark (IQM), an industry kitemark for inclusive education which recognises a long-term commitment to developing good practice across a network of schools. Only around 100 UK schools achieve this status.

Menagh is trained as an IQM assessor for other schools and works to ensure all children experience quality teaching supported by evidence-based strategies.

She also secured a National Lottery Grant to implement Lego Therapy, which helps children with autism to learn to communicate with others and express their feelings. 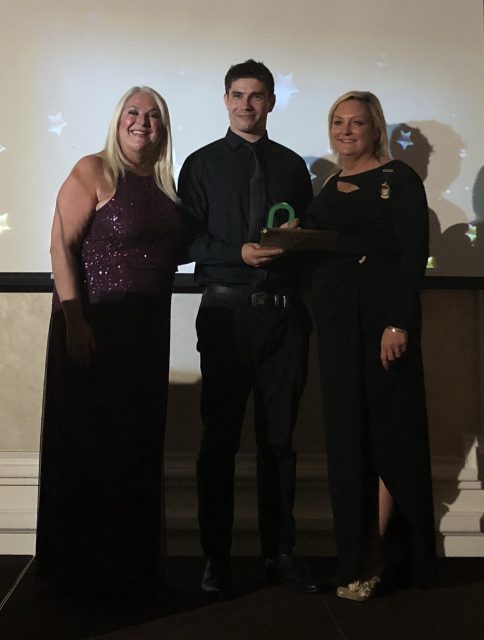 Lessons taught by Jonathan Baron, dance teacher at Hillingdon Manor School, have led to the creation of a flourishing dance group called Autism with Attitude.

The group formed in 2013 after students were offered the opportunity to perform in ‘Autism’s Got Talent’, a show that celebrates the diverse skills  of children and adults with autism, which was set up by Anna Kennedy, who has founded schools for children with autism spectrum disorders.

Since 2013, Baron has worked to help build trust and positive relationships in the dance group, alongside helping them to become passionate about the subject. The lessons have boosted pupils’ well-being, muscle memory, balance, and spatial awareness.

Baron is described as having “gone above and beyond” in creating an enriched curriculum and “empowering” each of his pupils. 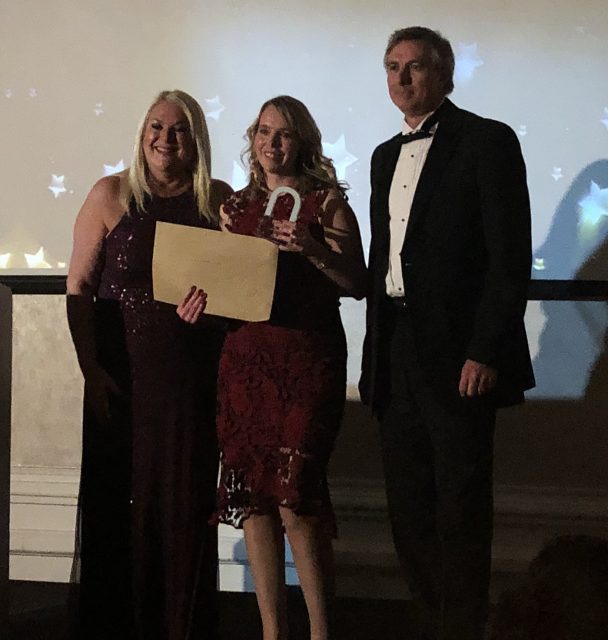 Brownhill works at St. Giles School, the only primary special school in Derby City.  She supports staff and pupils throughout the school and delivers school assemblies which teach accessible communication strategies.

Brownhill offers one-to-one help for some children and also delivers training sessions with the school’s speech and language therapist. She provides support to parents and has offered training to help them work on their children’s communication in the home. 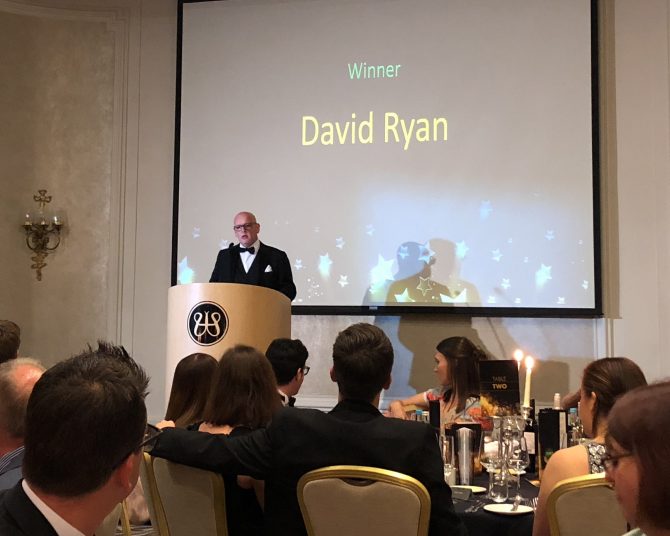 David Ryan has dedicated over 30 years to the education sector, having begun his teaching career in 1987, and has spent most of his working in SEND.

Based predominantly in Ireland, where he originates from, Ryan has worked in a number of schools as well as holding roles at the Belfast Education and Library Board and the Northern Ireland Department for Education.

He currently works as a part-time lecturer on the master’s module, education of the gifted and talented, at Stanmillis University College in Belfast.

Ryan has devoted several years to the voluntary sector too, which began with his role as Northern Ireland co-ordinator for Write Away, a national pen pal charity for children and young people with special needs. He has also been the vice chair of the Nasen board of trustees.

Sponsored by the National Network of Parent Carer Forums 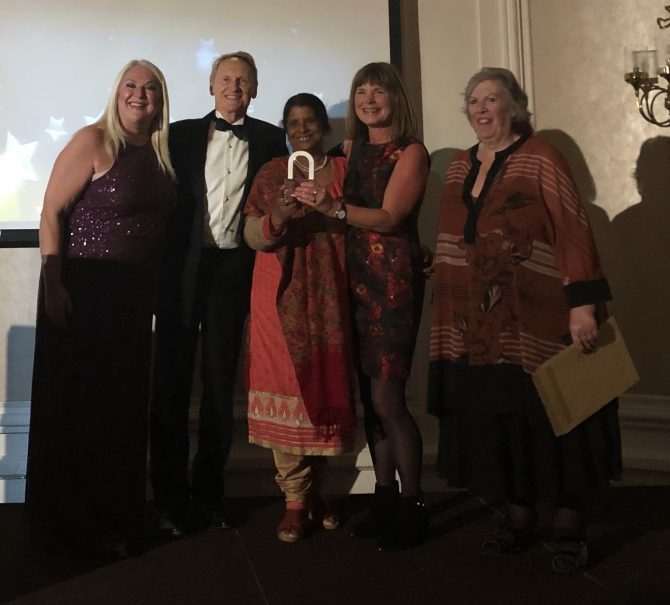 Phoenix School is an Ofsted ‘outstanding’ special school for students between the ages of three and 19 who have autism. Based in Tower Hamlets, in inner London, the school educates a largely South Asian and Somali school community.

Phoenix School focuses on engaging parents and carers, who are invited to attend an ‘Early Bird Course’ as soon as their child joins the school. This helps them to find out about lessons and builds their confidence as the parent of a child with autism.

The school has a ‘parents support group’ that meets monthly and has regular attendance from over 60 parents and carers. Courses are also available on topics such as autism awareness  or parents can sign up for one-off sessions on the subjects most helpful to them. 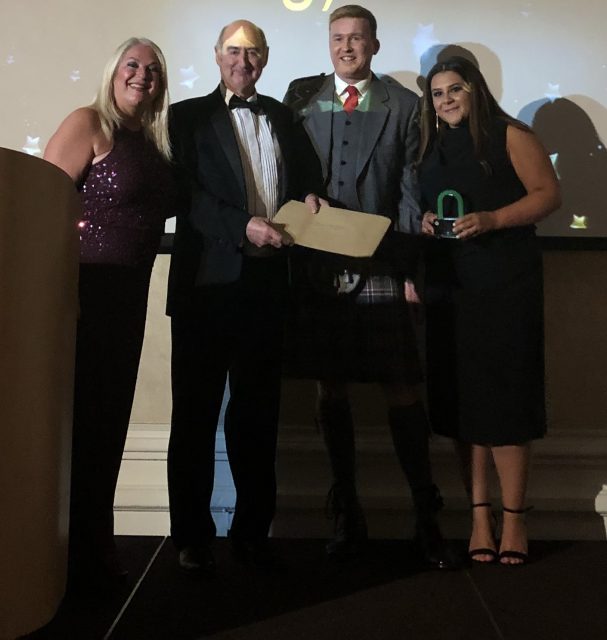 IDL is cloud-based software designed to help people with dyslexia and low literacy levels. The program uses sight, sound, touch and voice to improve reading and spelling. Established in the UK over 30 years ago, it is currently used in over 1,800 schools.

The program has been shown to improve students’ reading and spelling ages by an average of 11 months after just 26 hours of use. Its multi-sensory methods make it helpful for pupils with other special needs too, including dyspraxia, autism, and ADHD.

One of its most important benefits is the improvement of students’ confidence and self-esteem, which was shown during a National Lottery research project called ‘Lifting Barriers’.

A new follow up resource called IDL Numeracy was launched in September to help pupils with dyscalculia. 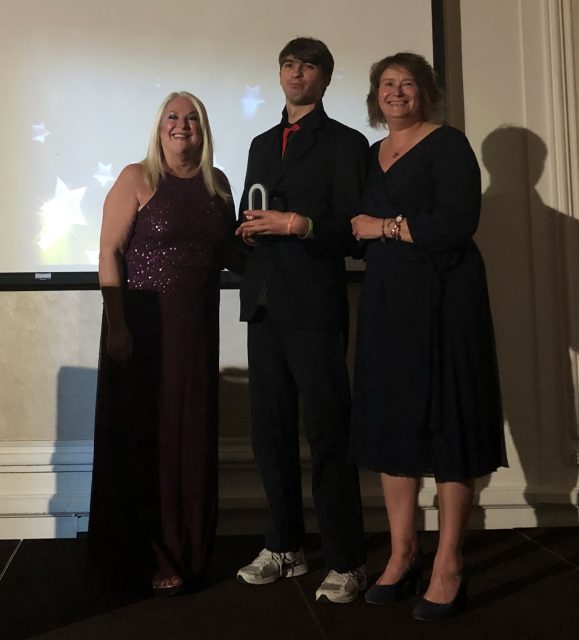 Jack Whitfield is a young autistic man who has dedicated his life and professional career to supporting others and being an autism advocate.

As well as studying for a Masters in autism, he works part-time as a support worker and also runs a local social enterprise group called Autism Assemble, to support other autistic people.

Whitfield has worked hard to achieve more for those in his local area of Plymouth, where he feels autism services are incredibly lacking. He has been described as a “true hero to local people”, who ” always has a smile on his face”. 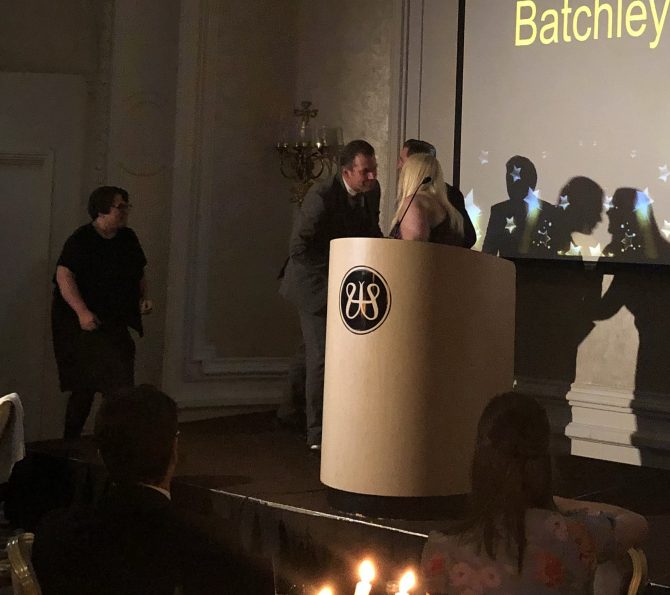 The staff in Batchley First School’s ‘Early Years Language Class’ support children with their speech and language needs. Staff are trained to work across a number of different areas, include signing and improving attention.

Speech and language therapists work with the staff on a daily basis and provide resources to further their knowledge. Regular meetings are held to  discuss all of the settings’ practices and ways to keep improving.

One success story from the school is a pupil aged 39 months who had developmental delay, but was able to make good eye contact and listen well within a small group after only one month. 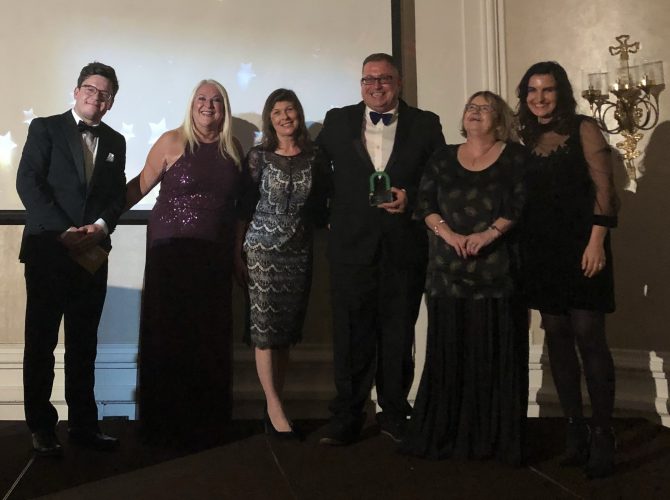 Young people with a range of SEND, including autism, learning difficulties and visual impairment, learn employability skills and practise them in a hospital setting. With support from tutors and job coaches, more than 50 young people have gained paid employment through the scheme so far.

The Project Search curriculum is accessible because it is delivered through real life activities, and young people with SEND from other special schools and alternative provision have also benefited from the work.