The annual Teach First Innovation Awards exist to give a leg up to start-ups that want to tackle inequality in education.

Now in their fifth year, the awards have supported around 20 projects in spheres as varied as technology, mental health and farming. Winners receive a full-time salary for six months – worth £15,000 – and a year of advice and business training to help get their start-ups off the ground.

Samantha King chats to this year’s successful education innovators, and catches up with last year’s winners to find out how their projects have developed – and what they’re planning next… 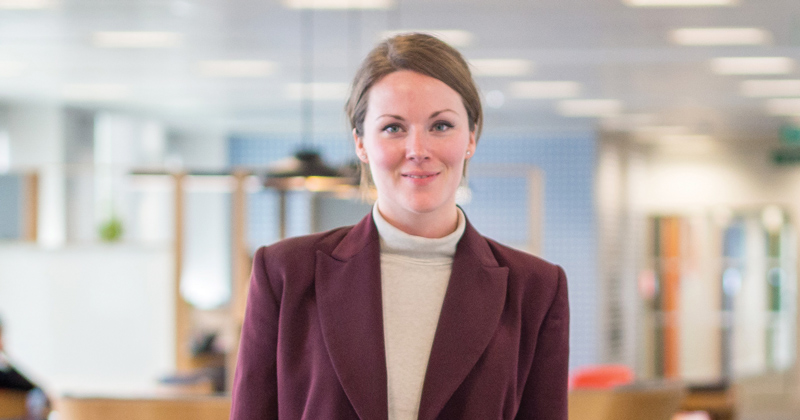 Prospela, a careers advice website, pairs pupils aged 16 and above with working professionals, allowing them to chat online and learn about work life.

Employees in industries from banking to film-making can offer advice and contacts to students in a fully safeguarded online environment.

The idea came from founder Emma Sullivan’s own working-class background, and the additional struggles she faced pursuing her dream career compared with her middle-class counterparts, who already had access to parental contacts to get ahead.

“The idea is that students from any background or any location can get access to a professional network without the need for existing networks that more affluent students benefit from,” she says. 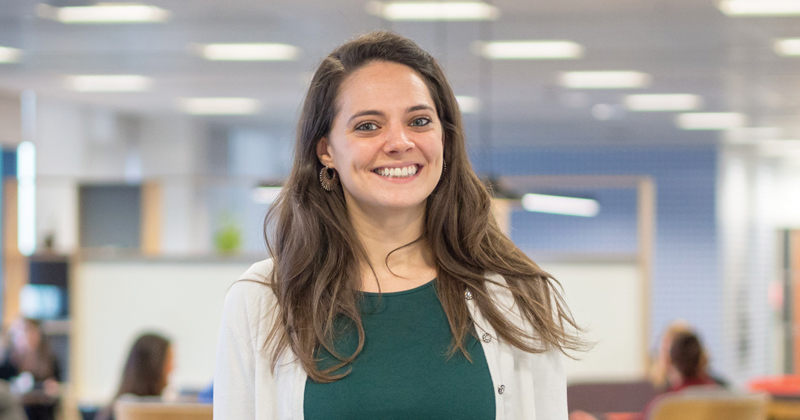 Students who don’t achieve their expected grade in their English or maths GCSE can get one-on-one mentoring to help them succeed second time around with Second Chance, a social enterprise.

The mentorship programme pairs former subject-specialist teachers with students at FE colleges who are retaking their GCSEs, without which they could face barriers to employment.

“We know that a lot of teachers who have left are still very passionate about education and they want to continue to contribute to tackling educational inequality. We’re seeking those people and getting them involved,” says Sarah Waite, its founder.

She now hopes to pilot the programme in London, which she claims is the region with the worst post-16 resit results. 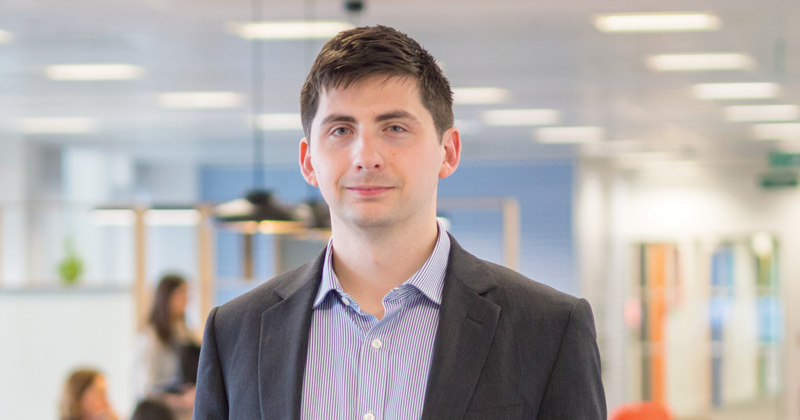 ImpactEd is a not-for-profit organisation that helps schools monitor the impact of their interventions on pupils.

Whether it’s an after-school club, a peer-tutoring programme or literacy catch-up session, the organisation will help schools collate the data needed to monitor the impact they have on pupil outcomes.

“I interviewed 31 schools, and just one said it had any confidence in what it was doing,” says Owen Carter, ImpactEd’s founder. “Hopefully we can make it really easy and intuitive for schools to do evaluation in a more meaningful way than ‘pupils seem happy’, or ‘teachers seem to like the programme’. We’re trying to get a bit beyond that.”

Forty schools have already expressed their interest in joining a pilot of the programme.

“There’s been a huge appetite from schools. They’re aware of this problem. They know that there is a huge amount of activity and not that much in the way of evaluation,” Carter adds. 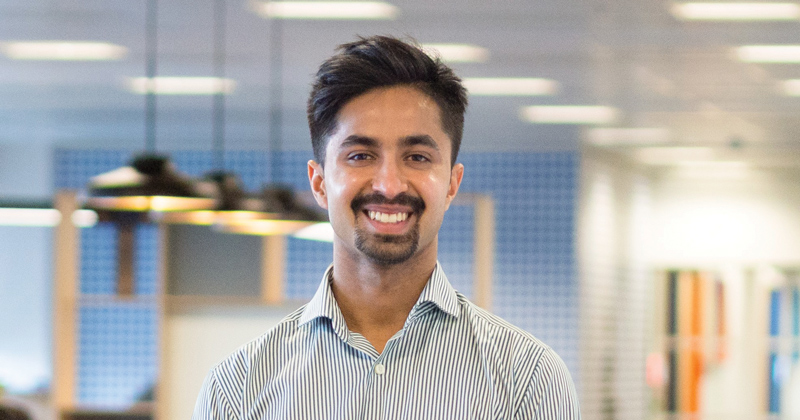 Career Accelerator helps students to break into the technology and digital sectors by offering work placements and one-to-one mentoring with companies such as LinkedIn. Open to 13- to 17-year-olds, the four-month programme aims to bridge the gap between schools and digital businesses and to diversify the sector’s workforce.

The idea came to Career Accelerator’s founder Mayur Gupta while he was working with a group of hardworking students from disadvantaged backgrounds at Ark Globe Academy over six months.

He witnessed them miss out on career mentorship opportunities through a lack of family and school connections.

He began a four-month pilot of the programme at the school, and got a range of tech start-ups and names including LinkedIn and HMRC on board.

“Over the next year I’m looking to work with two more schools and further refine it to make sure it’s the most impactful digital career programme on the market,” he says. 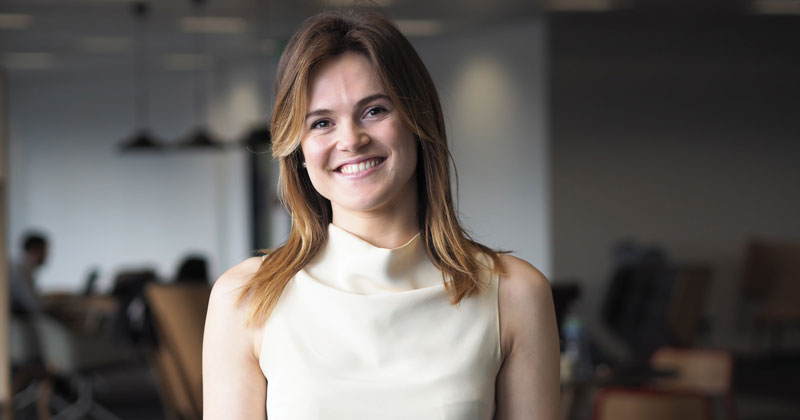 The founder of Boromi has had a busy year. As well as getting married and changing her name (you may remember her as Eve Dickson), her social enterprise has blossomed. 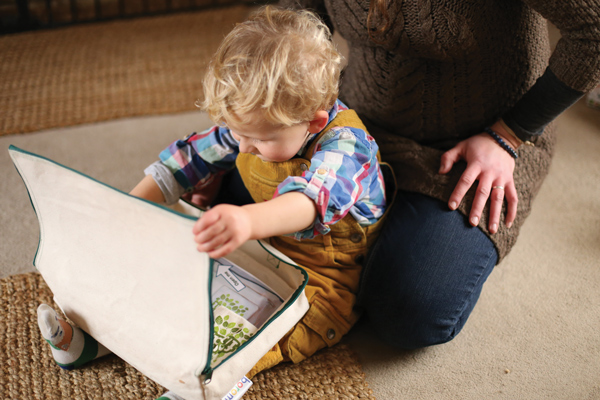 Born out of the former teacher’s desire to give all children a positive home-learning environment, her subscription service provides schools and nurseries with boxes filled with learning experiences centred on the themes of “pretend”, “investigate”, “share” and “invent”, which can be borrowed by children to take home and experience with their parents.

After a small pilot in north London in 2017, a larger trial will take place this summer, ahead of plans to have an official, nationwide launch of Boromi in the next academic year.

Keough has secured £15,000 of additional funding to take the project into its next phase, receiving grants from UnLtd and the Shackleton Foundation.

“The basic logistics of getting a physical product set up and off the ground has definitely been challenging,” she explains. “I’m now looking at outsourcing a lot more of it and getting my next boxes made on a larger scale abroad – boxes I’ve been previously making myself.” 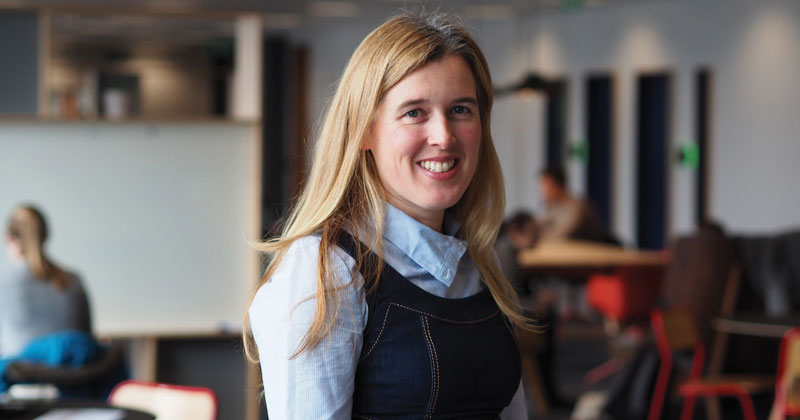 Since MeeTwo’s official launch last September, this mental health mobile app has had global recognition, earning a place on HundrED.org’s list of the 100 most important education innovations in the world. 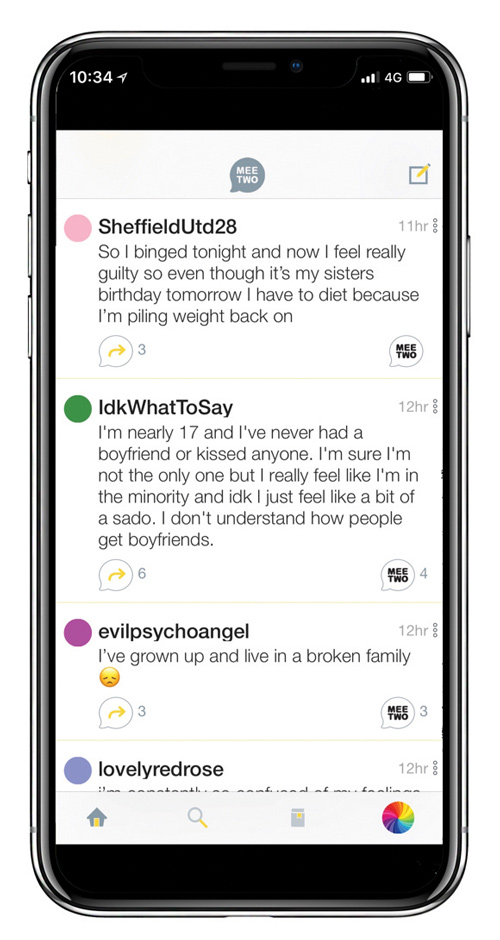 “HundrED.org are funded by the Finnish government and they look for global innovations in education,” says Dr Kerstyn Comley (pictured), the project’s co-founder. “We were named as one of the 100 in October. That was pretty special.”

Now receiving between 15 to 20 new users a day, the free-to-download app supports 13- to 18-year-olds who are worried about their mental health into online discussions with expert therapists, including a function to post about how they’re feeling. It currently has 1,500 registered users, and is being promoted by around 40 UK schools.

The next step for the business is securing funding to achieve its target of supporting 20,000 young people by the end of 2018.

“Obviously that won’t happen unless we can get the extra support,” Comley adds. “Whether that’s philanthropic support, grants or even investment, we’re structured at the moment as a social enterprise, so we can accept any of those.” 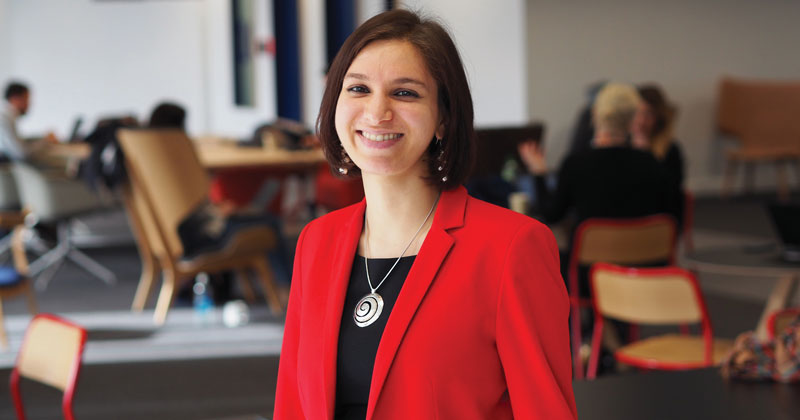 Winning the Innovation Award with The Difference, a programme recruiting stand-out teachers and training them to work in alternative provision for excluded children, Kiran Gill has spent the last year raising awareness of pupil exclusions and developing a model for her teacher-training programme.

“We were on Victoria Derbyshire [BBC radio] a couple of weeks ago, so we’re seeing more and more public and media interest in exclusions, and reframing the issue away from negative portrayals of vulnerable children to actually understanding why it is that they get excluded,” says Gill. “Our biggest challenge a year ago was that nobody really knew much about exclusions.”

The Difference will recruit its first teachers in October. They will take up a leadership post in a school for excluded pupils from September 2019. 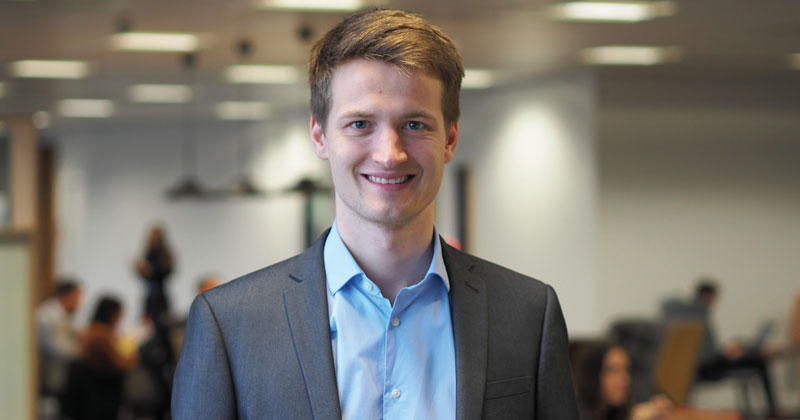 “There aren’t many primary schools that say engaging parents in maths isn’t a problem,” says Tom Harbour, the founder of Maths with Parents.

It was from this observation that the website was born, giving parents tailored support to help their children with maths homework through online games and video explainers, and allowing schools to determine which modules to release to parents and when.

“We’re making the wording non-threatening for the parents and making the games genuinely fun, which when you’re talking about maths homework isn’t instantly what you would think,” Harbour explains.

Since winning the Innovation Award, this social enterprise has become self-sufficient, and is already expanding, with two full-time members of staff to be in place by September this year, joining an existing team of volunteers and interns. 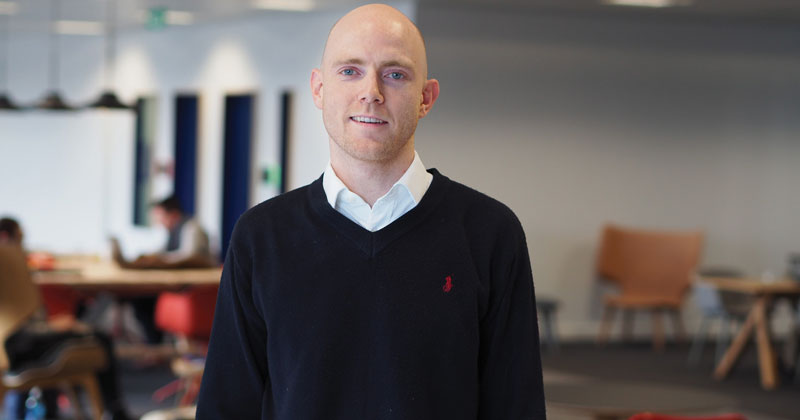 The CPDBee online marketplace for teacher CPD was set up to tackle what its founder, Niall Alcock, calls “the irony of teacher training”.

“A teacher’s job is to educate, but their own education is somewhat hidden from them. It’s difficult for them to access the wealth of opportunities that are out there,” he says.

And with that, CPDBee.com was born – a site matching teachers with CPD providers that meet their training needs, and have been vetted in advance.

Over the past year, Alcock has been talking to school leaders across the country to find out exactly what their training needs are, developing the website to match the requirements of the education community.

The site will have its official launch in April this year, with 40 training providers applying to be listed.