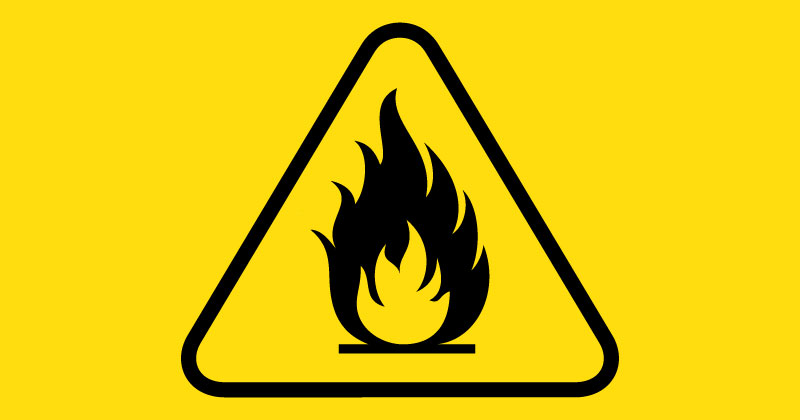 There have been at least five fires and 44 failures to comply with fire brigade safety orders at suspected illegal schools in a London borough in the past three years, Schools Week has learned.

The lives of hundreds of children may be put at risk by what campaigners have described as dilapidated buildings “haphazardly converted from disused, tumbling-down residential houses”.

The incidents were recorded in Hackney, the local authority at the centre of controversy surrounding unregistered schools in Britain. The council last year said it was aware of up to 35 suspected illegal ultra-Orthodox Jewish, or Haredi, establishments.

Nationally, Ofsted has investigated 114 suspected unregistered settings and issued warning notices to 35 (25 of which have since either closed or taken steps to become legally compliant).

It is a criminal offence to operate an unregistered school, with a maximum sentence of almost a year’s imprisonment.

Five fires have been recorded by the London Fire Brigade at suspected illegal schools in Hackney, a figure it described as “high”.

Seven notices – covering 44 safety breaches – have been issued to four institutions on a list of suspected illegal schools given to the brigade by Hackney Council in 2014, and obtained by Schools Week through a freedom of information request.

The relevant authorities have ignored the problem for decades

Of these notices, two were given a “prohibition notice” – the most serious enforcement option available to officers other than prosecution – and issued where the use of the premises “may constitute an imminent risk of death or serious injury”.

Fire inspectors also found evidence that teachers or children may be sleeping in at least three of the schools.

Dan Daly, the London brigade’s assistant commissioner for fire safety, told Schools Week: “Where people are living and sleeping in accommodation that isn’t designed for that purpose, such as schools, they are at much greater risk of being injured, or even worse, should a fire break out.

“That’s because these types of buildings may not have adequate fire safety precautions to alert you to, or enable you to, escape.”

An Ofsted spokesperson said: “Unregistered schools operating out of premises that do not meet health and safety standards are a real concern. Ofsted is committed to identifying and closing down these schools.”

Jay Harman, the education campaigns manager at Humanists UK, said the group had campaigned against illegal religious schools for a number of years. He said it was now well-known the schools did not offer an adequate curriculum. “What is less well-known, however, is how appalling the conditions are in the schools, which tend to be in dilapidated and entirely unfit buildings, often haphazardly converted from disused, tumbling-down residential houses.

“But despite being fully aware of both the existence and whereabouts of these places, the relevant authorities have ignored the problem for decades.

“We certainly hope that this fresh warning from the fire brigade that the children are in imminent risk of death or serious injury will finally provoke the government into action.”

Chaya Spitz, chief executive of Interlink, a foundation offering services to Orthodox Jewish community bodies, said: “Fire safety is of the highest priority to schools, and to any organisation providing educational or other facilities for children and young people.

“Apart from their legal duties in respect of fire safety, this is a requirement of Jewish law (halacha). I personally have never come across an organisation that does not treat the issue with the extreme seriousness it warrants.”

If anyone believes they have information about an unregistered school, they should call Ofsted on 0300 123 1231.