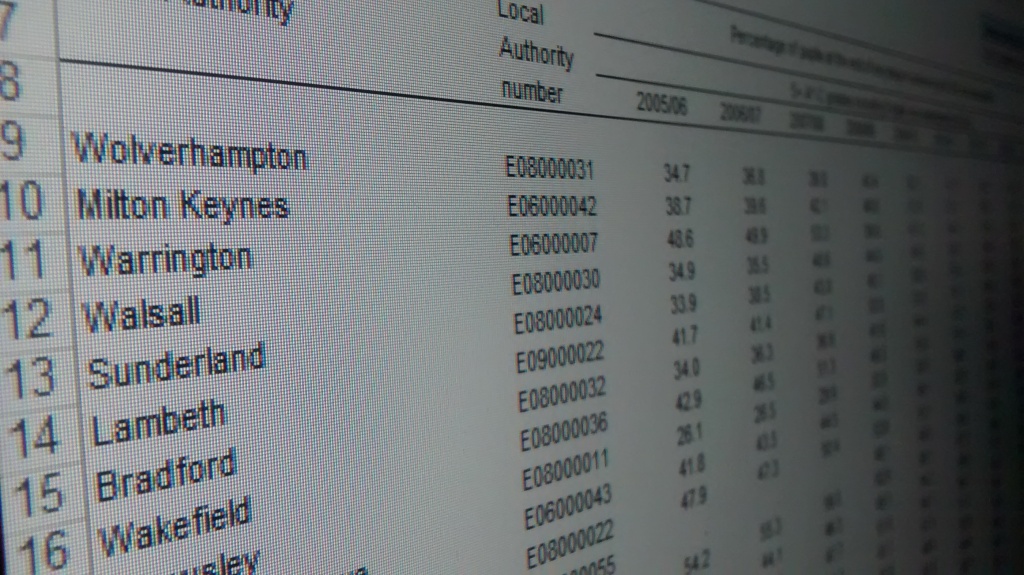 One local authority has become the only area in England to see its schools’ GCSE results on average fall below the “floor” set by the Department for Education (DfE).

Knowsley is the lowest performing area in the country for pupils achieving the benchmark of five A*-C grades, including English and maths, with just 34.4 per cent of teenagers reaching this standard, provisional results published this morning by the DfE show.

This was a large drop in its performance from the 2012/13 academic year, where 43.7 per cent hit the target.

No other local authority fell below 40 per cent – which is the floor target for schools. Blackpool was the second worst performing area with 43.2 per cent of pupils meeting the benchmark.

Overall, results were down nationally, as a result of toughened up league tables. Six local authorities saw an improvement in results.

Results for individual schools have not yet been released and are expected in mid-January.

A spokesperson for Knowsley Council said its Education Improvement Strategy, published earlier this year, sets out steps to raise attainment.

They added: “It is worth noting that at St Edmund Arrowsmith Catholic Centre for Learning in Whiston, provisional results in August saw the number of students passing five GCSEs including English and maths at grades A*-C rise to 60.1 per cent – their highest ever.

“Results at Lord Derby Academy in Huyton, which successfully converted to academy status earlier this year, were up eight per cent. This is proof that the actions set out in the Education Improvement Strategy are delivering results, and we remain committed to delivering further improvements across all our schools.”

Meanwhile, schools in Wolverhampton have recorded a huge 15 percentage point drop in GCSE performance. And in Milton Keynes the second largest drop was found at 12.9 percentage points.

Wolverhampton city council said it was disappointed with the results but blamed the significant drop in its average on the performance of a handful of schools, including two academies.

Wolverhampton South West MP Paul Uppal said: “We must remember that behind these statistics are teenagers who have not done as well as they expected – our priority now must be helping them gain good qualifications.

“I will be looking closely at these statistics to see whether there are any schools in my constituency that need closer attention and help. Once they have been identified I will be meeting with headmasters and governors to see what plans they have in place to improve results for this year’s cohort.”

Councillor Phil Page, the council’s cabinet member for schools, said the council was working with local authority schools to improve attainment and 2013’s results were the best recorded in the city in recent years.

He added: “It’s also important to stress that the provisional data released this week is incomplete, in that it doesn’t include the results from one of Wolverhampton’s most successful schools, which the council believes will increase the city’s overall pass rate by approximately four per cent. We expect to receive a truer picture when the validated results are released in a few months’ time.”

He added that if the Regional Schools Commissioner or an academy asked for council support it would work with them.

The best performing local authority was the Isles of Scilly, with 72.7 per cent reaching the benchmark, followed by Kensington and Chelsea with 72.5 per cent, Sutton with 72.0 per cent and Trafford with 71.4 per cent.