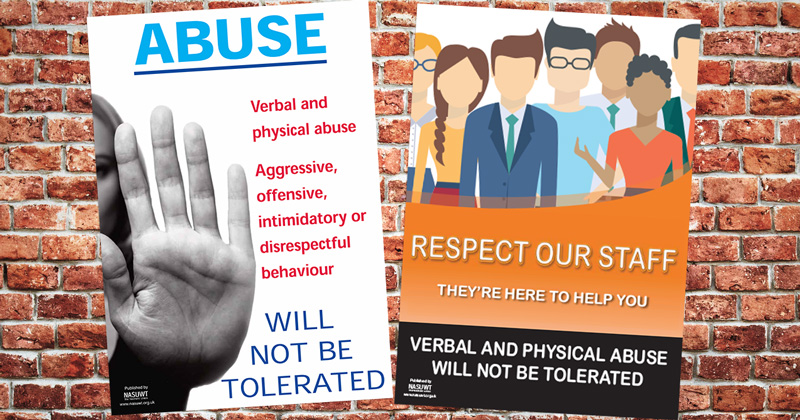 Schools are being encouraged to put up posters to make it clear to pupils, parents and visitors that they won’t tolerate abuse of their staff.

Teaching union NASUWT has produced two posters for schools as part of an ongoing campaign to support teachers and heads in tackling pupil indiscipline.

The union wants schools to emulate hospitals, GP surgeries and stations in displaying posters making it clear that abusive behaviour won’t be tolerated.

The posters are designed “to make a public statement on the expectation of how staff should be treated by pupils, parents and visitors to school sites”, the union added.

In March, Schools Week revealed a large increase in police call-outs to schools over the past five years after pupils as young as 10 were found with weapons. They included machetes, meat cleavers and imitation guns.

“All teachers and headteachers are entitled to a safe working environment free from violence and abuse. Employers have a legal duty of care to provide this,” said Chris Keates, NASUWT’s general secretary.

“The NASUWT believes that those who employ teachers and headteachers should also be prepared to make such a clear commitment to the safety and dignity of their staff.”