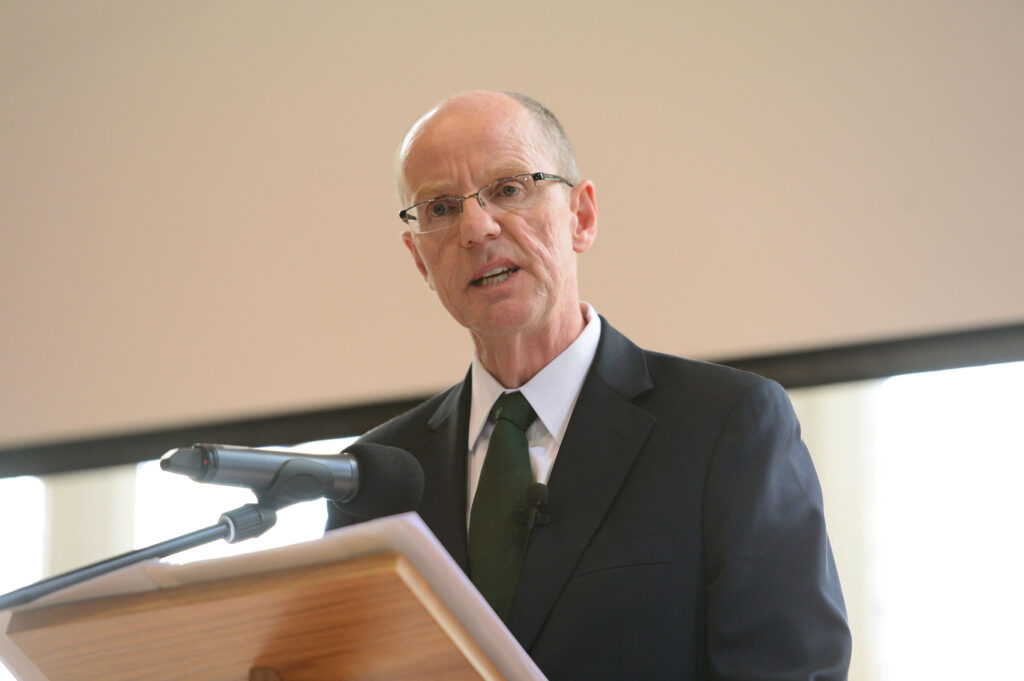 Nick Gibb, the Minister for School Reform, today told an audience of teachers, academics and policymakers that evidence was set to “liberate the teaching profession”.

Speaking at the researchED conference, Mr Gibb said that the Government had carried out a number of measures to free teachers from bureaucracy and “put evidence right at the heart of education”.

Teachers were now the ones transforming their schools, he said – helped by the fact that the Government had allowed ambitious teachers to set up free schools.

Schools Direct was another way in which the Government was granting schools more autonomy, Mr Gibb said. Asked about the Government’s support for phonics teaching, Mr Gibb defended this as consistent with a drive to greater autonomy and to allowing teachers to make their own decisions based on evidence, saying that the manner in which phonics was taught would be left up to individual schools and teachers.

On the subject of teaching methods, he made clear that he favoured a direct instructional approach, but said that he was not going to dictate to schools that they needed to follow this route. Greater autonomy for schools was a feature that the OECD had identified among the best-performing countries.

When asked about the role of multi-academy trusts, Mr Gibb said that he expected to see “huge changes” in future, and suggested that consolidation of schools into large trusts was likely to continue.

“They are competing now for reputation,” he said, adding that academies they would increasingly look to adopt the methods used by the most successful chains.

Speaking before Mr Gibb,  shadow education secretary Tristram Hunt said that it was events such as researchED that made him optimistic about the future of education in the UK.

In a speech back in March, Mr Hunt argued that Government would have to play a role in boosting the infrastructure through which education evidence and research was disseminated.

However, he said that while he still believed the state a role to play, he had not appreciated sufficiently what was already being done at the grassroots.

“I think that even then I failed to realise the scale of what is already happening in the profession,” he said. “Now a year into this job I am in absolutely no doubt whatsoever.”

Some areas of the country were at a more advanced stage in embedding a culture of continuous development, though. “I think we have to be frank and say that however encouraging is the movement for improving teacher quality it is also in many parts of the country, particularly outside London, clearly embryonic,” he said. He said that he was not the type of politician who would tell teachers how to do their job, and set out his view that there needed to be a move away from a “top-down”, “managerial” culture in education.

Mr Hunt also set out his case for revalidation of teaching qualifications, saying that this represented the way to bring education into line with other “high-status, mature professions”.