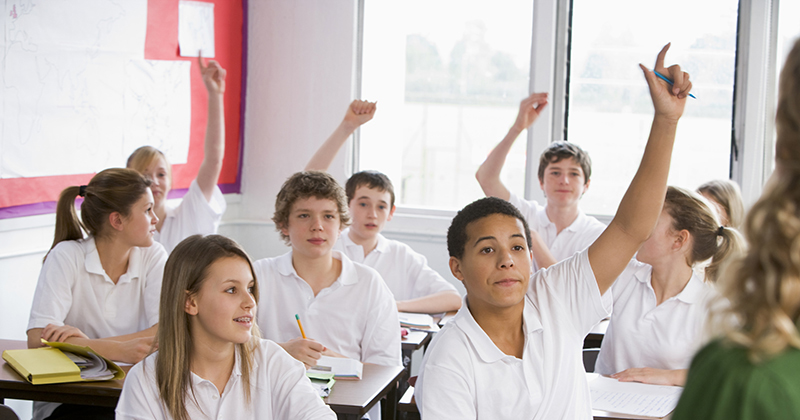 Grammar schools do not have better pupil attainment than other state schools and should be closed for the negative impact they have on social mobility, a new study has concluded.

In fact, the quality of the results achieved at grammar schools are simply because they select naturally high-achieving pupils from wealthier backgrounds.

Furthermore, once factors like poverty, the language spoken at home, age within a year group and special educational needs are taken into consideration, grammar schools are no more effective than other schools, and the government “should consider phasing the existing selective schools out”, according to researchers from Durham University’s School of Education.

“Dividing children into ‘the most able’ and ‘the rest’ from an early age does not appear to lead to better results for either group, even for the most disadvantaged,” the report warns. “Grammar schools in England endanger social cohesion for no clear improvement in overall results.

“There is no reason for them to exist.”

The study, which appeared in the British Journal of Sociology of Education, focused on the key stage four attainment of pupils in England in 2015. It found that although pupils in grammar schools have higher average attainment at KS4, this is only because their schools cherry-picked them in the first place, as demonstrated by the fact that grammar schools do not drive up overall results in their areas, nor reduce the poverty gap.

“Whatever good grammar schools might do for those who attend them, this is at least negated by the harm done to those who do not attend,” the report said.

It also warns that non-selective schools are having to take on a disproportionate share of pupils with special needs or who are FSM-eligible, leading to high levels of “socioeconomic segregation between schools.”

However, the chief executive of the Grammar School Heads Alliance has claimed that a “great deal” had been done to improve the admissions process and encourage children from disadvantaged backgrounds to join grammar schools since the research was conducted.

“I don’t think we are getting the credit we should get. We recognise there are still challenges there and gaps to close, and we are committed to continuing to do more.”

Heath Monk, the executive director of the King Edward VI Foundation in Birmingham, which runs grammar and independent schools in the city, warned it is difficult to “generalise” about the selection criteria of grammar schools but agreed that they “ought to do more to be inclusive”.

He said grammar schools should look again at their admissions policies and ensure they were making provision for children from disadvantaged areas or with special needs, even if that means altering the entrance requirements, and do more outreach work in deprived areas.

“If you just put middle class children in the same school, you’re not necessarily benefiting anyone. The more pupil premium children you have who can be stretched academically, the more positive a reason for having a grammar school. A lot of gifted children from disadvantaged backgrounds don’t do as well as they should in the education system”, he said.

“I don’t think grammar schools should be scrapped, but I do think they need to do more to address these issues.”

Pupils attending the 163 state-funded grammar schools in England are far less likely to have a statement of special educational needs (0.3 per cent compared with four per cent at other maintained schools) or English as an additional language, and more likely to live in affluent areas and be older in their year group.

The schools take significantly fewer pupils who receive free school meals (two per cent as opposed to 14 per cent nationally), and those they do take tend to have been eligible for fewer years and are less affected by the fact that, on average, KS4 attainment declines with every year a pupil is eligible for FSM.

This leaves non-selective schools “disproportionately dealing with the more chronically poor in their areas” and, according to the report, means that any good done by grammar schools is “zero-sum and wiped out by exactly equivalent harm done to the rest of the nearby school system”.

In February, education secretary Damian Hinds suggested grammar schools would be able to expand and take on extra pupils as soon as 2020.