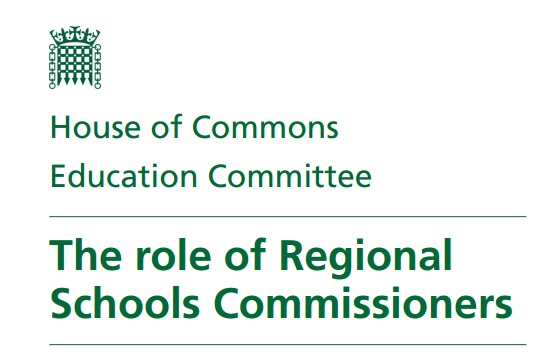 A report on regional schools commissioners published today by a cross-party committee of MPs warns school structures are now so complicated parents and teachers are struggling to understand the landscape.

Neil Carmichael, chair of the parliamentary Education Committee which wrote the report, said that he was not surprised most people had never heard of the regional schools commissioners (RSCs). Evidence presented to the committee suggested fewer than one in ten parents understood their role.

“It’s hardly surprising that most people have never heard of RSCs, and even those who have are unclear about their role. RSCs are a product of the Department’s ‘acting first, thinking later’ approach when it comes to big changes in the schools landscape,” he said.

The eight commissioners were introduced in September 2014 as a ‘middle-tier’ between academies – autonomous schools that can manage their affairs without local oversight – and central government, with whom the academies are contracted.

But the variation in quality and approach of commissioners has annoyed many in the schools community.

In an exclusive investigation last year Schools Week revealed how Jenny Bexon-Smith, commissioner for Yorkshire and east Midlands, had written to a school criticising it for allowing teachers to have discretion over their lesson plans.

This led to the commissioners being labelled as a ‘shadow Ofsted‘.

The report is the first to be released by the Education Committee since Mr Carmichael took over after the general election.

It draws on a several month investigation, which involved reviewing submitted evidence and interviewing witnesses.

The report recommends over 20 interventions the government should take to improve the role of regional schools commissioners, with a particular focus on publishing more information about RSC decisions and the precise detail of their role.

Recommendations also include changing the regions the RSCs operate in – which currently split London schools across three regions, and are not geographically similar to any other education or government organisation – and creating an additional commissioner for London schools.

Reaction to the report from unions varied, with Russell Hobby, general secretary of NAHT, stating that he “welcomed” its recommendations, while Mary Bousted, general secretary of ATL said Nicky Morgan should be “deeply embarrassed” and that they show the RSC system was “deeply flawed and inadequate”.

A full list of the recommendations is available here, along with our clear-language guide to what it all means