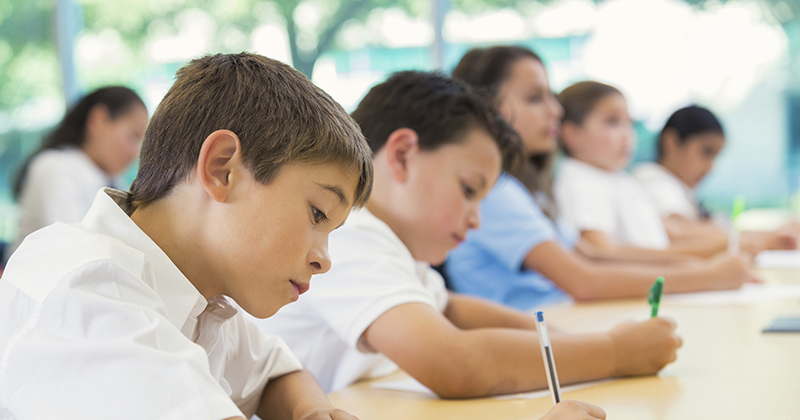 A third of teachers say reducing class sizes is their top priority for the next government as a new analysis finds nine out of ten areas have seen an increase.

The National Education Union study found 89 per cent of constituencies in England have seen an increase in average class sizes since 2010.

Meanwhile the union claimed that reducing class sizes came top among a poll of members who were asked to identify the policy change most critical to improving pupils’ quality of education.

Dr Mary Bousted, joint general secretary of the NEU, said the overcrowding was an “inevitable result” of government policies squeezing the sector.

“The real-terms funding crisis has had catastrophic effects, including a direct impact on class size”, she said.

“Today’s analysis will ring true for every parent who has witnessed their school cutting teaching assistant posts, reducing subject choice, or organising fundraiser events and begging letters. This is sadly all too common and a growing issue.”

The NEU has launched a pre-election campaign to highlight schools’ funding woes. The union kicked this off on Saturday by publishing school funding constituency league tables.

The union found there was a 258 per cent increase of secondary pupils in classes of more than 36 students between 2011 and 2019.

A poll by the Association of School and College Leaders Schools previously found headteachers are being forced to increase class sizes to cope with funding pressures and the high level of teachers leaving the profession.

According to the NEU, 34 per cent of teachers nominated a reduction in class size as their “absolute top priority” for the next Parliament, regardless of who is sitting in Number 10 come Christmas.

Nearly two in five secondary staff polled said this was their top priority, with 21 per cent of primary staff.

Bousted added: “Parents are no fools. They can see with their own eyes the impact of funding pressures on their children’s education, and the reduction in individual contact time that their child has with their teachers.”