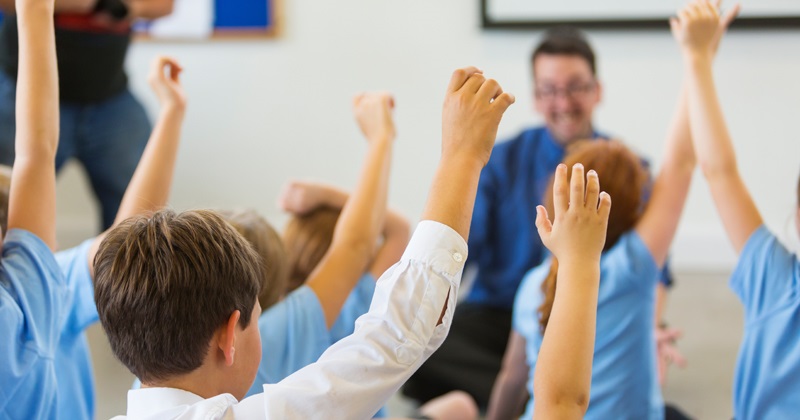 Headteachers are being forced to increase class sizes to cope with funding pressures, with some leaders reporting they are now teaching pupils in classes of 40 or more.

Of more than 1,000 school leaders who responded to a survey by the Association of School and College Leaders, more than four fifths said they had increased class sizes over the past year as a direct result of cost pressures.

Average class sizes for primary and secondary schools are 27.1 and 20.4 nationally, but government statistics show there are hundreds of much larger classes, and that this number is on the rise.

An increasing number of pupils coming through the school system over the next few years as a result of a baby boom is also expected to add pressure.

Of the respondents to the ASCL survey, most of whom work in secondary schools, 82 per cent said they had increased class sizes, and 20 per cent of those said the increase was between six and 10 pupils per class.

Respondents told anecdotes of particularly large individual classes, with 129 heads saying their largest class had 35 or more pupils, and nine claiming their school had at least one class with 40 or more pupils.

“Reduced budgets means fewer staff and, with fewer staff, class sizes have to increase. Schools cannot sustain the level of support they provide to pupils, or the range of subject options and enrichment activities.”

The results of the survey were released ahead of ASCL members gathering in Birmingham for the union’s annual conference, where the education secretary Justine Greening will address members later this morning.

More than nine in ten leaders in the survey also said they had cut support services over the past 12 months. 81 per cent cut back on equipment such as books and arts materials, while 67 per cent reported an effect on school maintenance. Members said that provision for pupils with mental health issues conditions and complex needs is also being cut, despite rises in the number of cases.

“The impact on mental health support is particularly worrying at a time when the incidence of mental health problems among young people is rising and local health services are overwhelmed and under resourced,” said Trobe.

“School leaders will do their utmost to protect provision, as they always do, but they cannot provide everything that is asked of them without the resources they need. Unless the government invests more in the education system, there will be a significant impact on the lives and life chances of young people.”

A government spokesperson said the core schools budget had been “protected in real terms since 2010”, and would continue to rise as pupil numbers rise over the next two years.