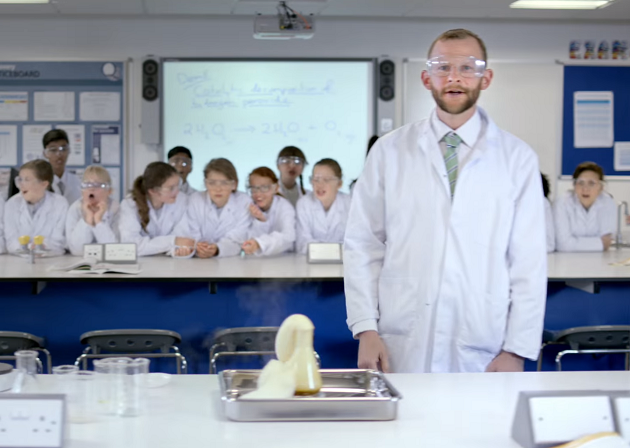 The Department for Education is hoping a new TV advert will help with teacher recruitment.

The advert, released today online and due to air over the coming weeks during shows such as Jonathan Ross on ITV, Channel 4’s Gogglebox and drama NCIS on Channel 5, opens with the question “what does a good teacher make these days?”, which might sound familiar to fans of educator and poet Taylor Mali.

The 55-second video features several classroom scenes, with an apparent focus on science, and real teachers, including Mat Galvin assistant head and head of science at the Firth Park Academy in Sheffield and James Stagg, Mandarin subject leader at the Harris Academy South Norwood in London.

It forms part of a wider campaign launched on the Get Into Teaching website, which also includes details of bursaries and scholarships.

And if you noticed some similarities between the content of the advert and the Taylor Mali’s now infamous “what teachers make” performance, you’re probably not alone…