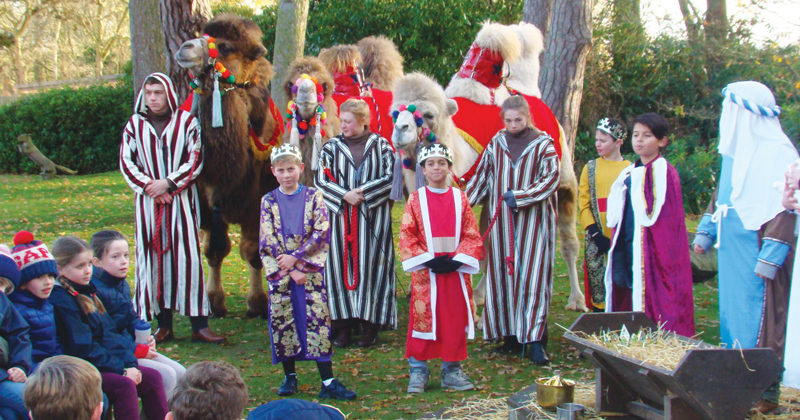 Year 6 pupils at a Berkshire school put on a nativity play with an incredible twist this year: they used real animals on stage – including camels!

Rehearsals have been taking place for the last four weeks, and the animals joined the human cast on the day of the performance, which took place in the school’s grounds.

The idea to use real animals came from headteacher Claire Robinson, who saw a nativity performed with real animals whilst on a year 2 school trip to London Zoo.

Mary, Joseph and their little donkey

“The trickiest aspect for year 6 was not being able to rehearse with the animals,” said the school’s head of religious studies and outreach, the impresario who helped coordinate the performance, but who wanted to remain anonymous.

“Pupils who performed the nativity could experience what it would have actually been like – cold, smelly and difficult. They could see it from a whole different perspective.”

The animal cast members came from a range of sources: the sheep were lent to the school by parents, the donkey came on loan from a local farm, the four goats are permanent residents of the school’s farm, but the camels came from a specialist camel-for-hire company called Joseph’s Amazing Camels.

“Contrary to local press, the camels were not flown in, and along with the sheep and donkey, were kindly delivered to the school by generous parents,” added the mystery mastermind. “The children’s enthusiasm and excitement was bursting when they met them, and they were especially amazed that the camels were so big and so hairy.” 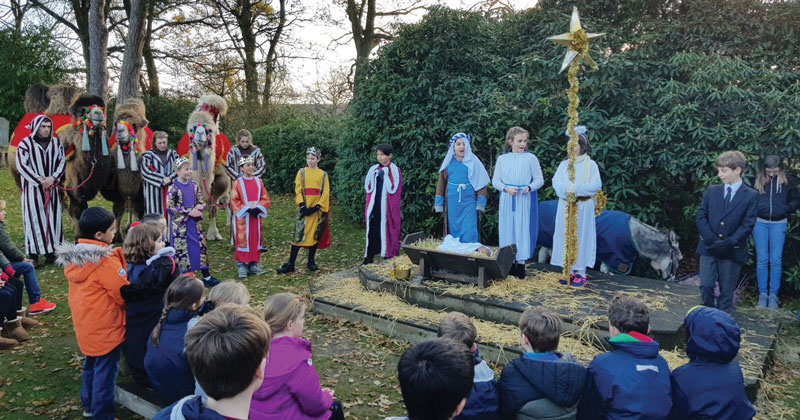