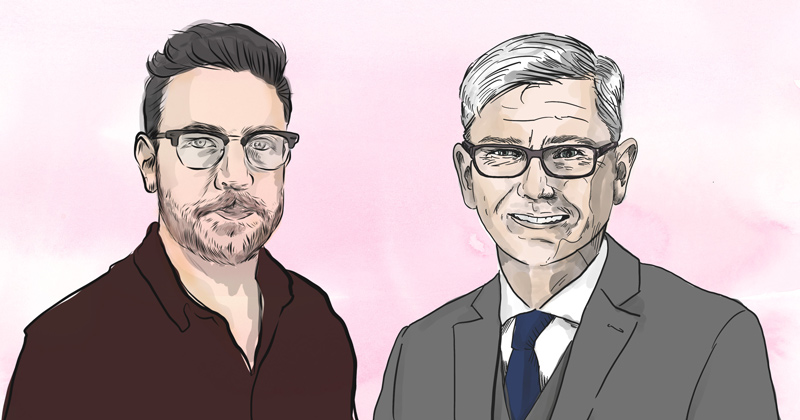 Next week, the Foundation for Education Development will bring together politicians, school leaders and policy wonks as it hosts its inaugural summit to discuss the need for a long-term plan for education.

Carl Ward, chair of the foundation and chief executive of the City Learning Trust, talked to Schools Week chief reporter Freddie Whittaker about the event and what he is hoping to hear from the government.

Q: Tell us about the Foundation for Education Development

A: The whole aim is to champion a long-term vision and plan for education in England. We’re non-political, and we encourage everybody to have that conversation.

We believe that the time is right for at least a ten-year cycle, as opposed to things changing at least every five years, or in reality every two or three.

We’re not a membership organisation. We encourage anybody to get involved in our work and contribute to it. Anybody can be a member, so to speak, but we don’t ask anything for it.

Q: You set up the organisation towards the end of 2019. How has the pandemic shaped your work?

A: We started this when no-one knew what Covid was. We did our first three-month consultation, and then it hit.

But as a result we’ve had an education consultation that’s run through virtually an entire pandemic.

This means we’ve got a unique insight into the conversations that have been had across education, business, parents, community during that time. Thousands of people have been drawn into the consultation.

Q: Your national summit takes place next week, albeit online. Are there benefits to holding it virtually?

A: When we were originally planning to do this in June, we had about ten speakers. Now it’s 120 over four days.

It’s a who’s who of the system in many ways. We have the secretary of state opening it with a keynote. We have Robert Halfon, chair of the education select committee. We have Wes Streeting from Labour.

We already know we’re going to have upwards of 1,000 people at the summit throughout the four days.

Q: How long do you expect the work of the FED to last?

A: We gave ourselves three years. But it will probably be a little bit more because the pandemic hit and everything stopped.

We were due to publish our national consultation report next week, but now it’ll be the last week of April, so our second year won’t start until May.

We want to write ourselves out of history. In three years we don’t want to exist because we hope we will have a ten-year plan or at least the processes being put together by the government.

Q: You are doing an “in conversation with” Gavin Williamson. What do you want to hear from him?

A: The prime minister has talked about the need for a long-term plan. So I suppose what I want to know, both as chair of the foundation and as a school leader, is how we’re going to pull that together and how long will that long-term plan be.

There is, I think, a desire from our education system to want to say, right, this is a time where we can go on a long journey for our children and young people.

Politics has a five-year cycle, but for us the important cycle is the 14 years from ages 4 to 18.

Q: There have been calls for a long-term funding plan for education. Are you backing those?

A: There’s no doubt there’ll be many organisations that are talking about the need to increase funding, especially in the medium term as we recover from Covid.

But the reality is that it’s not the amount of funding, but it’s what we do with it. As a leader in education, I’ve wasted so much money over the years, not deliberately, but because every few years the policies change.

We do need agility, because the world changes, but we also need stability.

And if we worked out what we needed over the next ten years or longer, if we had a more sensible approach to the churn of policy over time, we could invest our money more wisely.

Q: Many leaders are calling for changes to things such as assessment and inspection as we come out of the pandemic. Is that part of what you’re looking at?

A: Right at the start, the FED decided that it wasn’t going to get involved in the discussions of the here and now. Inspection, accountability, assessment, curriculum, funding. They will always be there.

But if they are placed on a very solid platform, a foundational plan, then they will operate better.

If we can create that foundational plan, then the next part would be discussion of the type of things that will be needed in assessment, accountability, etc. Lots of organisations are already out there doing that. We’re not adding to that noise.