Pupils with the most prestigious vocational qualifications earn more later in life than those with top A-levels, a new study has found.

Analysis by the Department for Education found that pupils who achieved level 3 qualifications in subjects like economics or engineering had higher average earnings six years later than those who got A-levels in further maths or physics.

The government looked at the median salaries in 2016-17 of pupils who took certain qualifications in 2010-11.

The DfE’s research found that other level 3 qualifications that led to higher salaries included architecture, geography, history and manufacturing technologies. 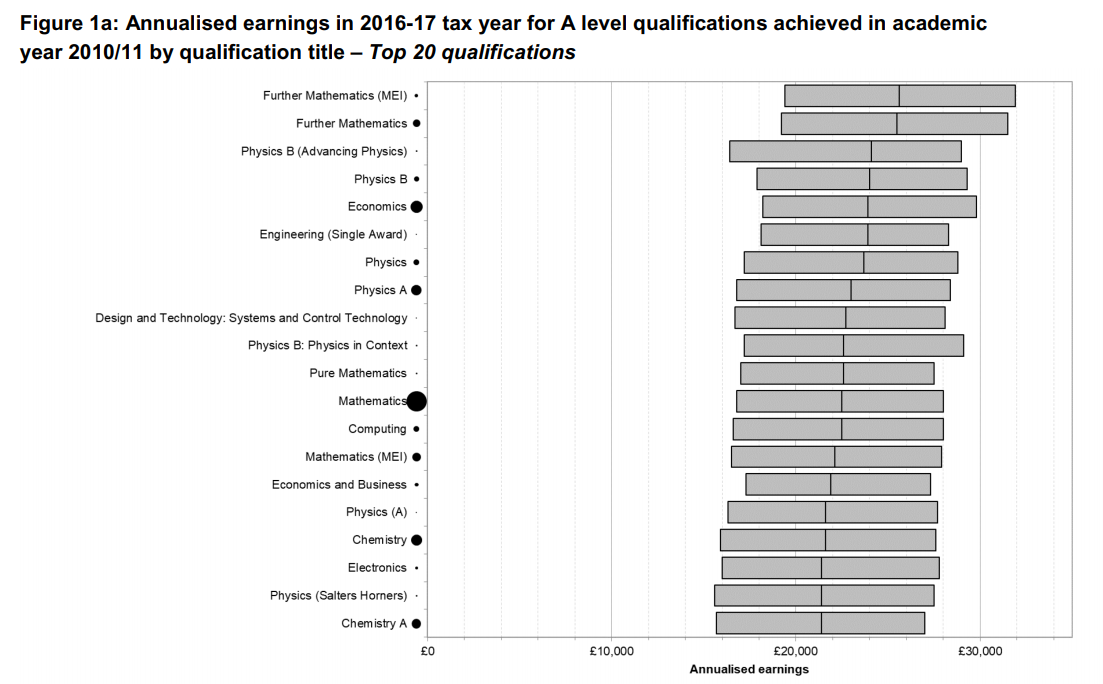 Most of the 10 A-levels associated with the lowest average salaries later in life were languages or arts subjects.

Those with a double award A-level in art and design, or A-levels in dance or performing arts reached an average salary of £16,300. 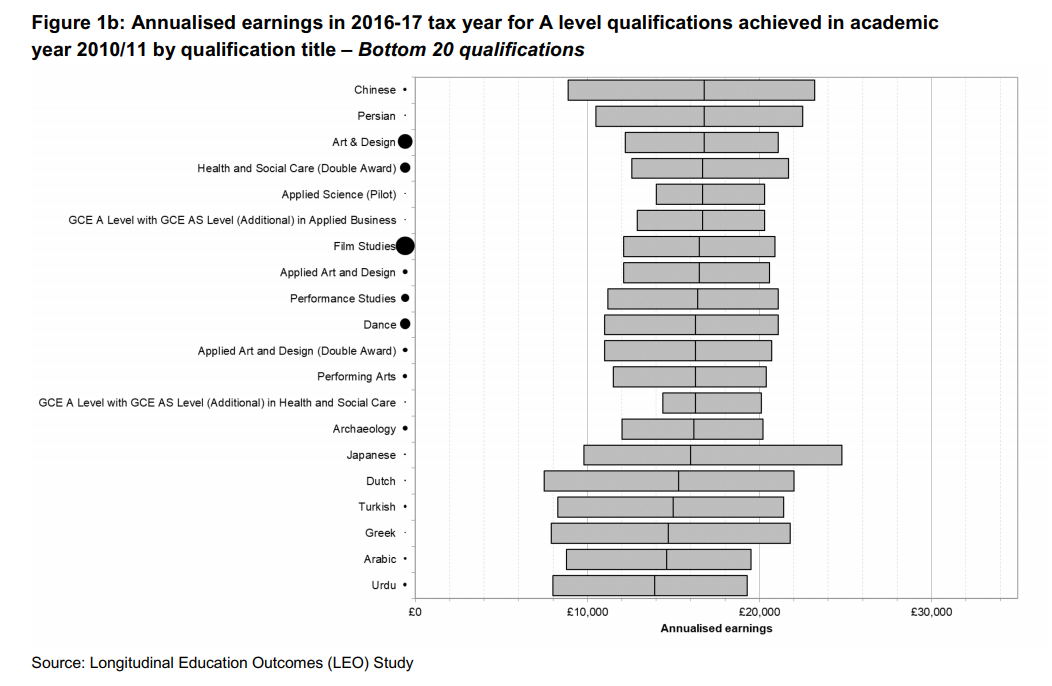