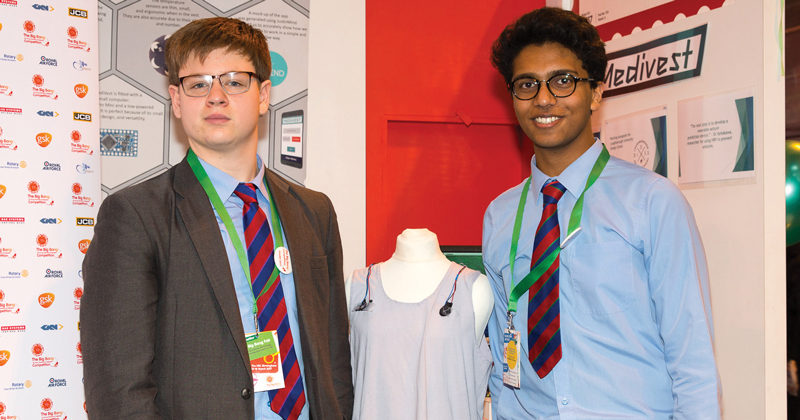 Two students from Loughborough Grammar School have been touring the world with an invention that warns epilepsy sufferers when they’re about to have a seizure.

The device monitors heart rate and body temperature to predict a seizure up to eight minutes in advance. If one is detected, the device sends a text message to the wearer’s phone, and sends a warning text to a carer.

The students have so far presented their invention at the Royal Society of Medicine’s Medical Innovations Summit, taken part in the China Adolescent Science and Technology Innovations Contest in Hangzhou, where they won two awards, and most recently visited Estonia to take part in the EU’s Contest for Young Scientists.

“We are very proud of Sankha’s and David’s success which has been borne out of their desire to make the world a better place for epilepsy sufferers,” said Duncan Byrne, their headmaster.