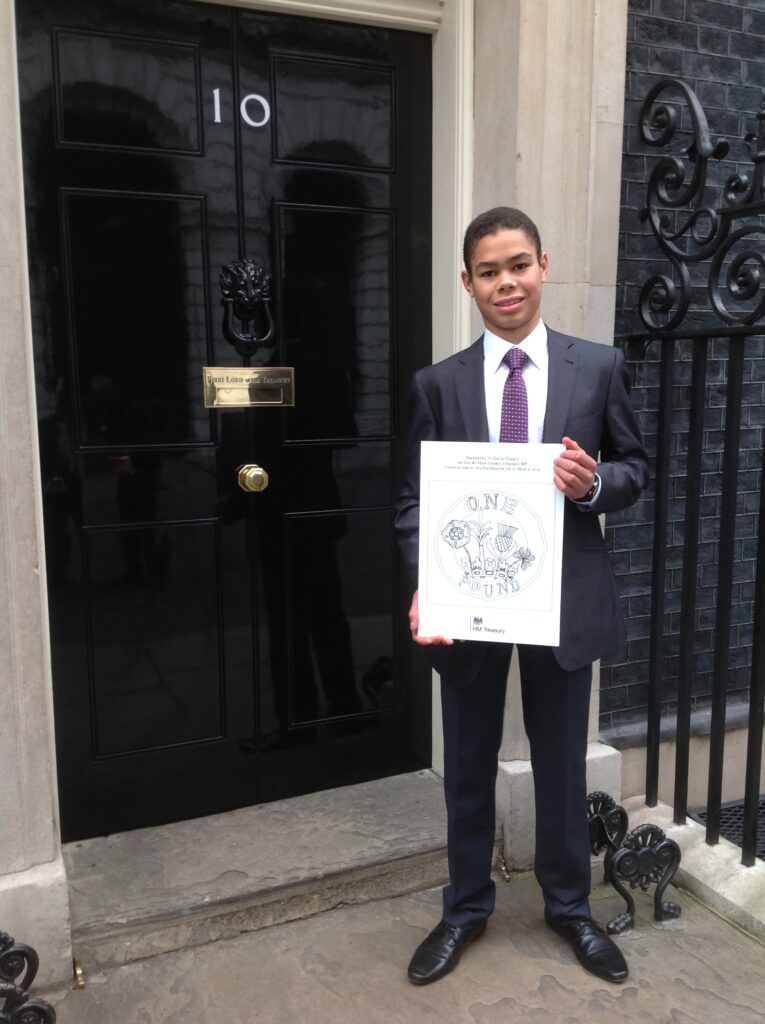 A Walsall teenager told by his teacher about a competition to design the “tails” side of the new £1 coin saw off 6,000 other entries to be named as the winner.

David Pearce, a 15-year-old pupil at Queen Mary’s Grammar School in Walsall, got a phone call from chancellor George Osborne earlier this week telling him about his success.

His design included four well known symbols of the UK, a rose, leek, thistle and shamrock, emerging from a royal coronet.

His design teacher, Paul Hughes, told Schools Week he was delighted by his Year 11 pupil’s achievement. It was David’s design “and this is David’s moment – done through the school’s design and technology department”.

Design and technology is thriving at the school, with 56 students currently studying the subject at A-level and “outstanding” results, Mr Hughes said. There are just two teachers in the department, Mr Hughes and his colleague Nicky Roderick.

But he said that while “the head does value the subject” in his school, he was concerned about the future of the optional specialism in many others. It was “an expensive subject to provide in some schools”, options at GCSE could be reduced and schools now offered three A-levels rather than four.

David’s design will be struck on to the new £1 coin in 2017. A Treasury spokesman said the final design, “which is entirely true to David’s original entry”, had been refined with the support of two coin artists.

David said: “I spent a lot of time researching what coin designs looked like and what sort of designs would represent all parts of the UK before submitting my idea. I honestly cannot believe I have won.”

Mr Hughes said that David’s design skills were exceptional. “He has a fantastic knowledge of CAD software, laser printing and 3-D printing.”

The award is the latest in a series of design competitions entered by students from the school. Last week David was one of a team of five who got to the national final of the All Aboard competition initiated by minister for transport Baroness Susan Kramer. The challenge was to come up with a device to make bus journeys better for blind and deaf people.

Mr Osborne welcomed David and other contest entrants to Downing Street to celebrate their success. He said: “The competition captured the imagination of thousands of people and David Pearce’s winning design will be recognised by millions in the years ahead. It was fantastic to congratulate him and other young entrants in person.”

Tim Swain, the head of Queen Mary’s, said Mr Hughes was a “national treasure” and that the school was consistently top of the boys’ grammar schools league tables for design and technology.

The new coin will have the same shape as the 12-sided “threepenny bit” and will be the most secure coin in circulation in the world.