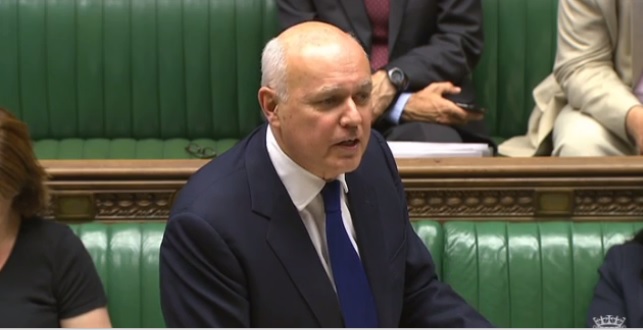 Work and Pensions Secretary Iain Duncan Smith has announced a new child poverty measure which will include pupil achievement at the age of 16.

Delivering a statement to the House of Commons, Mr Duncan Smith said that he did not believe current definitions of child poverty did enough “to focus government on children’s future life chances or to recognise the role education plays”.

Passed in 2010, the current Child Poverty Act focuses on relative family income as a defining poverty marker. Mr Duncan Smith said this led to perverse situations, such as pension increases  inevitably leading to more children labelled as being in poverty.

The Department for Work and Pensions website states that the new legislation to replace the Child Poverty Act  2010 will use:

It also states that the government develop a range of other measures including family breakdown and debt. These will be set out in a “children’s life chances strategy”.

Schools Week have approached the DWP for further details.