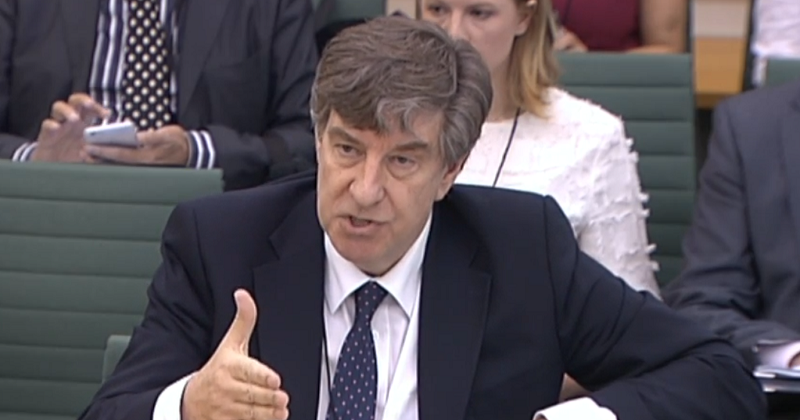 Performance data for the eight regional schools commissioners should be published “in the spirit of transparency”, Sir David Carter has said.

The national schools commissioner told MPs this morning that he didn’t see why information on how the regional commissioners fared against their key performance indicators wouldn’t be published by the government when the updated indicators themselves are put out in the late summer.

But Carter told the education select committee that the final decision on whether to publish the data would rest with ministers, who have previously been criticised over a lack of transparency within the commissioners system.

The national commissioner appeared alongside Sir Michael Wilshaw, the chief inspector of schools, at a hearing forming part of the committee’s inquiry into multi-academy trusts this morning, and was pressed by Labour MP Ian Mearns on the indicators.

Mearns said the Department for Education had only been able to provide information about “some of the existing” key performance indicators, and asked if they, along with how well the individual commissioners performed against each one, would be published.

Confirming that the most up-to-date list of indicators would be published as part of the academies annual review in the late summer, Carter indicated his support for the publication of the performance data itself.

“In the spirit of transparency I don’t see why we wouldn’t do that but that would be a decision the ministers would need to take,” he said.

The indicators, which are used to hold commissioners to account in their work, were first published by Schools Week in December 2014 and were only released under the freedom of information act more than three months after the senior civil servants were first appointed.

The indicators revealed commissioners were judged on how many schools they converted into academies – raising conflict of interest concerns. Schools Week reported last year this clause was due to be reviewed.

Carter’s predecessor Frank Green was forced to apologise to MPs last November after he claimed the indicators had been published “since day one” of the programme, which began in September 2014.