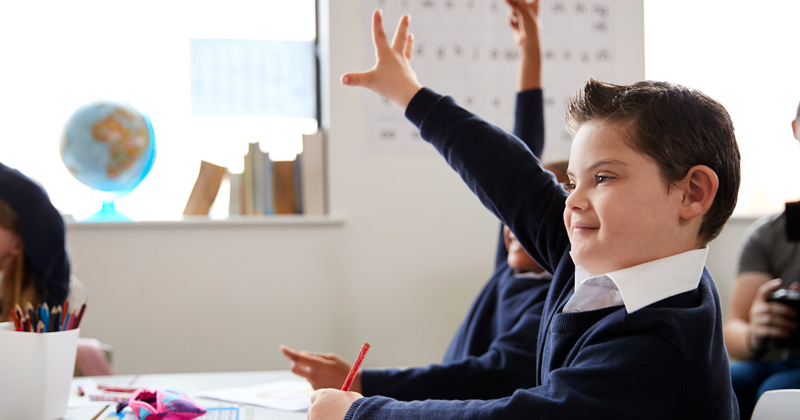 The parliamentary public accounts committee has published a damning report on the support for children with special educational needs and disabilities.

The report warns many pupils with SEND are not getting the support they need, and calls for swift action from government to right this injustice.

Here are the committee’s six recommendations for the Department for Education.

The PAC inquiry found “many children” with SEND are being failed, with 47 of 94 areas inspected by Ofsted and the Care Quality Commission as of July 2019 found to have “serious weaknesses”.

At the same time, mainstream schools are “struggling to meet the needs of pupils with SEND”, and to cope with those who have “challenging behaviour”.

The DfE’s SEND review was announced last September, with ministers claiming they wanted to put an end to a “postcode lottery” faced by families. But education secretary Gavin Williamson admitted last week that the report will likely be delayed by the coronavirus outbreak.

The PAC recommended the DfE should, as a matter of urgency, “complete and publish its SEND review”, including the actions the department will take to “secure the necessary improvements” and a “timescale within which families will see practical changes”.

2. Develop a ‘better understanding’ of disparities in support

MPs discovered “significant unexplained disparities” between different groups of children in the support they receive.

According to the report, although the DfE acknowledges these disparities and suspects “under-identification” of some special needs, it is “unable” to explain the variations between different demographic groups “in the proportion of children identified as having SEND”.

For example, 20.2 per cent of boys aged five to 17 have SEND, compared with 10.7 per cent of girls in that age bracket. The proportion of pupils with SEND also varies by ethnicity, from 8 per cent of Chinese pupils to 15.5 per cent of black pupils.

The report recommends that the DfE uses the data it already collects to “develop a better, evidence-based understanding of why there is so much variation between different groups of children in identifying SEND”.

“The Department should publish the results of its analysis and details of the action it plans to take in response.”

3. Set out plans to reduce exclusions of SEND pupils

The inquiry found that “too many pupils with SEND” are excluded from school. Pupils with SEND accounted for 44.9 per cent of permanent exclusions and 43.4 per cent of suspensions in 2017-18. This issue was highlighted in the Timpson review, released around a year ago.

The DfE acknowledged that the level of exclusions of pupils with SEND was not acceptable. The inquiry found good EHC plans, and early identification of special needs, “can both result in fewer exclusions if they lead to children getting the right support at school”.

The report said the DfE should set out “the steps it proposes to take to reduce the number of children with SEND who are permanently or temporarily excluded from school”.

“In doing so, it should explain what action it will take in response to the recommendations in the Timpson review of school exclusions, and the reasoning for its decisions.”

4. Use intel from RSCs, parent groups and heads

MPs are concerned that the DfE “relies too heavily” on periodic inspection for assurance that children, particularly in mainstream schools, are being properly supported.

The report warned that many schools previously rated ‘outstanding’ have gone many years without inspection, and that “short” inspections of good schools “may not focus on provision for pupils with SEND”.

The DfE is also relying on Ofsted and the CQC revisiting local areas that have significant weaknesses “as a means of checking whether the quality of support has improved”.

The report recommends that the DfE supplements inspection evidence by drawing on other information “to get a rounded, timely assessment of the quality of support for children with SEND”, including from “regional schools commissioners, parent carer forums, schools forums, and head teachers.”

The DfE should also explain on its website the information it collects and how it is used, to give parents “confidence”.

Part of the problem is the requirement that schools cover the first £6,000 of extra support costs for SEND pupils from core budgets. Councils can allocate additional funding to support “genuinely” inclusive schools, but in 2018-19, only 85 of 150 LAs budgeted for that support.

According to the PAC report, the DfE should work with “schools and other stakeholders” and draw on good practice to identify “how funding mechanisms can be used more effectively to strike the right balance between incentivising schools to be inclusive without encouraging over-identification of SEN”.

To make matters worse, the DfE forecasts that by 2021, there will be 2,500 too few places in state special schools to meet demand.

The report said the DfE should carry out a “systematic analysis” of current and future demand for school places and facilities suitable for pupils with complex needs, and “develop a costed plan for meeting those needs”.

“In doing so, it should take account of potential savings in local authorities’ transport costs in areas where children currently have to travel a long distance to attend special schools.”