The guest of honour revealed a commemorative plaque at the site in Hampshire, which opened in September last year, and cut a ribbon to mark the occasion. 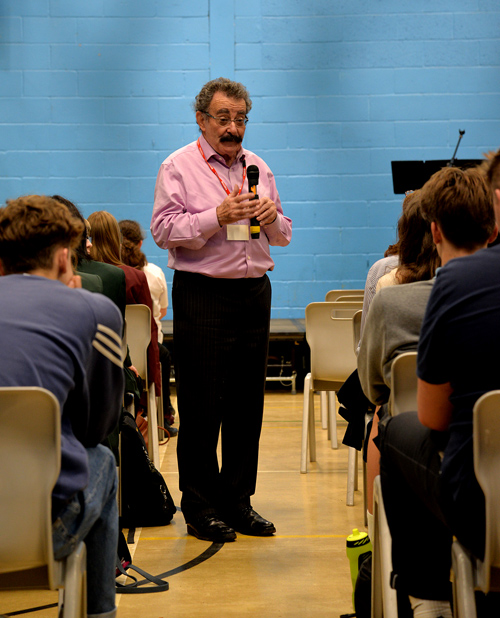 The TV presenter and author also gave a speech entitled ‘Why bother with science?’ to pupils at Bohunt School and The Petersfield School, and a separate address to Bohunt Sixth-Form’s first crop of students.

One year 12 student, Maia Daborn, was even offered work experience with him.

“Lord Winston was kind enough to offer me work experience in his laboratory over the summer. I feel incredibly lucky to have met him today and to have been offered this opportunity,” she said.

“The opening of our inaugural sixth-form is a hugely exciting milestone and we are delighted to have welcomed Professor Robert Winston to declare Bohunt Sixth-Form officially open,” added Neil Strowger, CEO of the trust, which has six member schools.