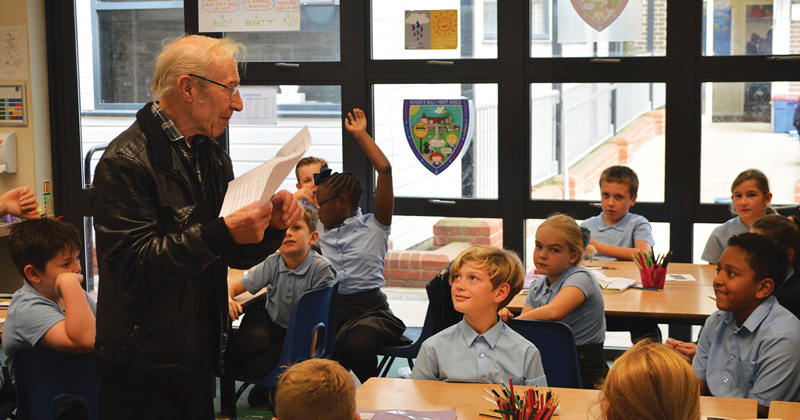 Private schools are more than twice as likely as their state counterparts to call on alumni to help open up career opportunities for their pupils, new figures have revealed.

Research carried out by education charity Future First found 67 per cent of independent secondary school teachers used alumni to offer students access to careers and opportunities in the workplace, just 26 per cent of state secondaries did.

But the survey, of 2,787 teachers by pollsters Teacher Tapp, also revealed a stark gap between state schools when students’ socio-economic background was taken into account.

Meanwhile, 77 per cent of independent teachers use former pupils as relatable role models compared to just 47 per cent of state secondary school teachers.

The picture is similar across primaries. The research revealed that 81 per cent of primary state school teachers do not engage their alumni compared with a third of independent schools.

Furthermore, only two per cent of state school primary teachers used alumni to offer students access to world of work opportunities compared with 17 per cent of independent primaries.

Beth Goddard, director of programmes at Future First, which helps schools develop sustainable communities of alumni, said: “There is enormous untapped potential for state schools to harness the support of alumni volunteers to act as mentors and provide access to the world of work.”

A YouGov poll for Future First also showed that nearly two thirds of 15-year-olds said they worry about what job they will do as adults and 75 per cent of the same age group felt that it would be useful to hear from alumni in working life.

Last week, a state of the nation report by the Careers and Enterprise Company (CEC) revealed that schools across England are reporting an improved picture of careers support, with more meeting the Gatsby benchmarks for good careers guidance.

Yet despite nearly £100m of government funding to boost provision, some areas are still lagging behind.