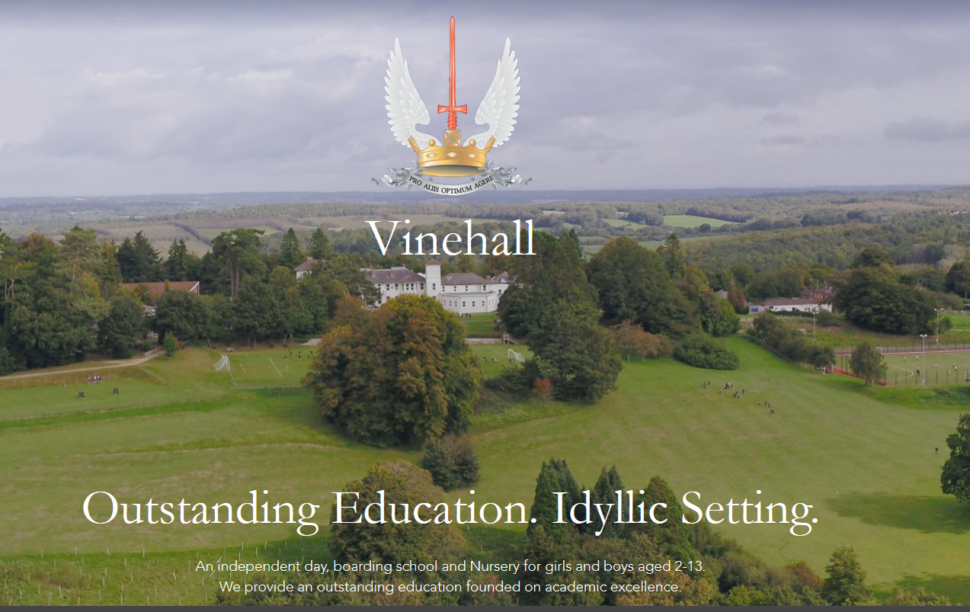 A private school headteacher has apologised over a “misguided” advert for its open day, following allegations of classism.

The advert for Vinehall School, in East Sussex, envisages a son jealously eyeing up the headmaster’s car while visiting an open day in his dad’s old Volvo estate.

However, after joining the school and becoming successful in business, the son buys his father a Jaguar when he retires.

One Twitter user labelled it “the most cringeworthy school ad I’m ever likely to see”, with others suggesting it wrongly equated success with driving an expensive car, and ridicules parents who drive cheaper models.

The school, which charges up to £23,000 a year, describes itself on its website as being inspired by its motto to “do our best for the benefit of others”.

High five to Vinehall School for the most cringeworthy school ad I'm ever likely to see.
'Your mug of a dad drives a Volvo *smug muttering*… but our head drives a Jaaaaag. You might buy your pathetic Dad a Jaaag one day… come to our school"
Truly Weird.@VinehallSchool pic.twitter.com/rHaKOh1NSU

“It was wholly misguided, and should never have seen the light of day. I must stress it is in no way a reflection of the ethos of our school and the worthwhile work we do here.”

He said the school is taking a “long hard look” at how the advert, published in local newspapers, was created in the first place, adding: “But as Head, I must take full responsibility for its appearance, and can only apologise for such an unfortunate error of judgement.

“Vinehall prides itself on being a friendly, inclusive place, where the values of modesty and broad-mindedness are at the forefront of our guidance and teaching.”

The advert envisages a child attending the school’s open day in a Volvo Estate – which was described as his dad’s “pride and joy”.

However the son saw a “beautiful dark blue” Jaguar in the headmaster’s parking spot, and said he “wished” his dad had one.

The advert states how the son went on to study at the school, become successful in business, then buy his dad a Jaguar when he retired.

“You think every child should go along to the open days. Maybe they will buy their dad a Jaguar one day too.”

The school was rated as “excellent in all areas” by the Independent Schools’ Inspectorate earlier this year.

Fees are as high as £17,817 per year for day pupils and £23,208 for boarding pupils, according to the Good Schools Guide website.