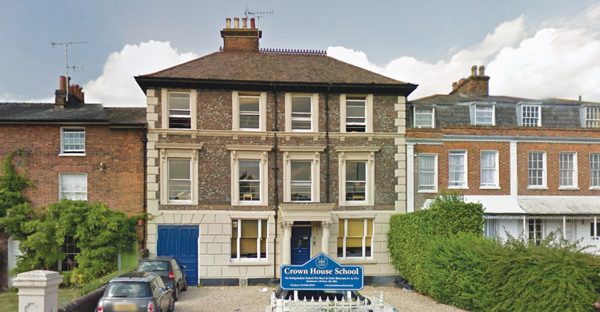 Schools have been warned about their responsibilities for vetting contractors after a private school operator had to pay out more than £100,000 when a worker was injured cutting down a tree.

Alpha Schools was fined £35,000 and ordered to pay £25,000 costs after breaching health and safety laws when an on-site worker was injured by a falling branch.

In April 2013, the worker was using a chainsaw to cut down a mature sycamore tree in the grounds of Crown House Preparatory School (pictured), in High Wycombe, to make way for building works when a partially cut branch fell on to his ladder, throwing him to the ground. He has permanent spinal injuries and is confined to a wheelchair.

An investigation by the Health and Safety Executive (HSE) later found that Alpha Schools had failed to use competent contractors to undertake the initial arboriculture work.

At Aylesbury Crown Court last Friday Alpha admitted breaching section 3 of the Health and Safety at Work Act and agreed to pay £50,000 to the injured worker.

Marianne Pope, a senior researcher at The Key, an organisation providing support to schools, said employers have a duty of care to staff, but warned it was “not always easy to define”.

“When it comes to working with contractors and self-employed individuals, school employers are advised to carry out sufficient competency checks – on qualifications and recent health and safety records, for example – and to ask for evidence of appropriate insurance cover, before agreeing to any work,” she said.

The level of appropriateness would depend on the school’s own cover and should be checked with insurance providers directly.

Alpha Schools had contracted P&X Complete Cleaning Services to do the work. However, the health and safety watchdog found it had not done a risk assessment and there was no safe system of work in place with no ropes and an unsecured ladder.

The HSE also said the work was not adequately segregated with members of the public nearby.

The cleaning firm’s boss, Paolo Mule, who was also working on the site on the day of the incident, was given an 18-month prison sentence, suspended for two years, after pleading guilty to a breach of health and safety regulations.

After the case, HSE principal inspector Karl Howes said: “Arboriculture work remains high risk, particularly work at height in trees. Such work must only be undertaken by competent and trained contractors.

“All businesses have a duty to ensure they engage competent contractors when carrying out tree work.”

Schools Week revealed last month the health and safety watchdog had launched nearly 300 investigations in schools in the past three years. Of those, 150 were major incidents and there were nine fatalities. More than 100 enforcement notices told schools to urgently address failings or face court action.

Crown House did not respond to requests for comment.