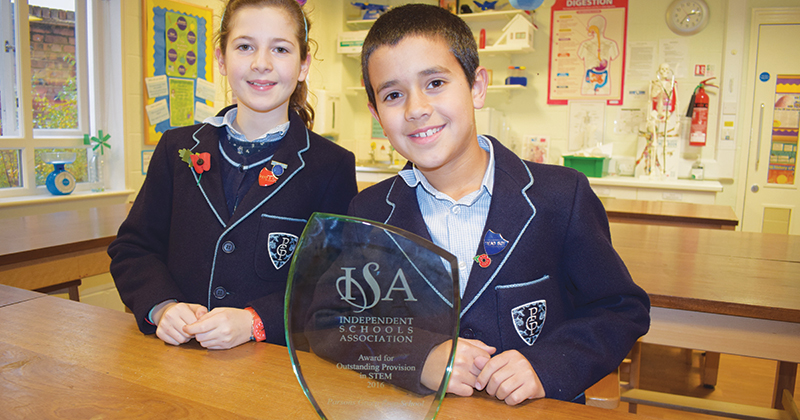 Parsons Green prep school in west London has been recognised for its creative teaching in science, technology, engineering and maths.

Earlier this month, the Independent Schools Association (ISA) awarded the school its annual award for outstanding provision in STEM for projects such as growing rocket seeds, which astronaut Tim Peake then took into space on his most recent mission.

Judges also commended the school on its STEM ambassadors’ scheme, in which professionals from industry talk at the school – with previous guests including zoologists, climate change scientists, engineers, geologists and nuclear physicists.

The school’s headteacher, Helen Stavert, said: “We are a huge advocate of STEM, which are key subjects for securing positive opportunities and career paths for future generations. Primary school is the perfect starting point to encourage children to explore, understand and realise the links between these subjects and why we study them.”

Alton convent school in Hampshire and Hatherop Castle school in Gloucestershire were shortlisted for the award.