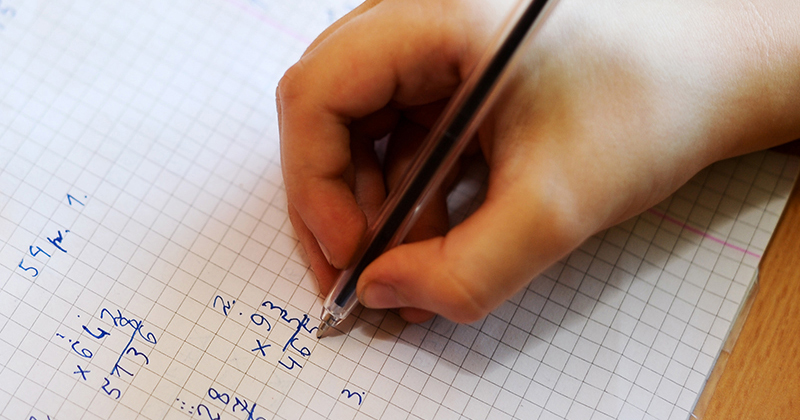 A subject body has stopped maths hubs from sharing their resources, forcing one academy to open a private company in order to keep offering materials for free.

Maths hubs are no longer there to “produce or promote” resources for schools, according to the National Centre for Excellence in the Teaching of Mathematics (NCETM), which oversees the programme.

Instead, the NCETM will release its own “mastery professional development materials” created with other hubs next month.

Maths hubs were announced in 2014 by then-education minister Liz Truss. There are 35 across the country, intended as models for professional development and good teaching in schools.

One of these, the White Rose maths hub based in the Trinity multi-academy trust in Yorkshire, has produced particularly popular resources, which it claims are used by 90 per cent of primary schools and 30 per cent of secondary schools.

But now Trinity has been forced to create a private company to keep sharing the resources, after other hubs agreed with NCETM that they should only produce materials “collectively”.

An NCETM spokesperson said the Maths Hub Council, which has seven representatives from each region, decided “individual hubs should not produce or promote off-the-shelf, finished-product resources aimed at a wide audience, outside their area of operation”.

Such products “should emerge from the collective work of the entire maths hub network”, so the expertise of all maths hubs could be drawn upon and any materials could be trialled.

“The first decision of substance that flowed from that meeting concerned White Rose,” he said.

At the meeting, NCETM and Trinity agreed it “would be best” to “separate” White Rose’s resource production from the work of “leading the maths hub”.

NCETM has meanwhile been working with “a number of maths hubs” to pilot professional development materials for primary teachers, which are due to be published in late October.

Companies House reveals that the White Rose Maths Hub Company was incorporated on June 22, and changed its name to the White Rose Education Services, so as to separate it more clearly from the hub, in July. Trinity MAT has also given its maths hub a new name: the West Yorkshire Maths Hub.

The MAT meets the cost of creating the resources by running maths teacher training for up to £178 a day, the trust confirmed to Schools Week.

But a source familiar with maths resources claimed that White Rose Maths is unfairly “benefiting” from the “goodwill of being a maths hub” by incorporating as a company.

The hub’s Facebook page has now become a page for White Rose Maths, transferring its 37,000 followers, they pointed out, and the same is true for its Twitter account.

When hubs were first set up, their initial remit was “very clear” that any funding was to support professional learning and not produce resources, added the source.

But NCETM pointed out that other maths hubs had used their government money to publish free resources in the first year or so of the programme, before switching to fund them from MAT budgets.

The CEO of Trinity MAT told Schools Week the decision to create a company was “taken centrally” after discussion with the Maths Hub Council and NCETM.

“We are now happy that we can get on with these important areas of work, both of which have children’s maths education at their heart,” he said.

But added: “If there is an overwhelming consensus for us to stop doing what we are doing, then we will respect that.”