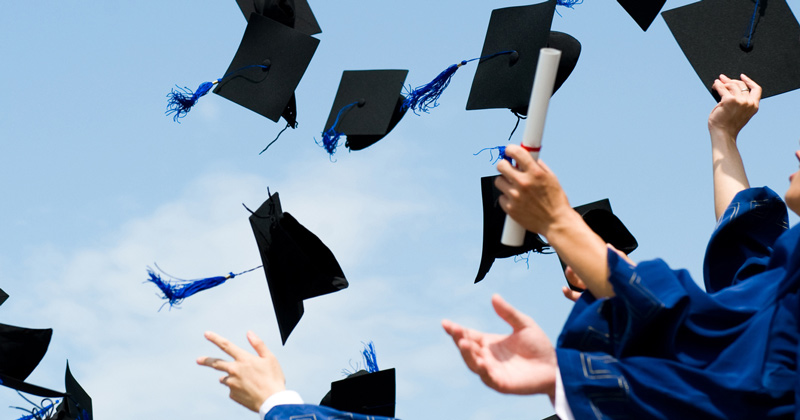 Poor teenagers who are not planning to go to university but who do well in their GCSEs are far less likely to change their mind than their richer peers, a major new study has found.

The research, published in the Oxford Review of Education today, also found that the poorest 14- to 17-year-olds were twice as likely to give up on their ambitions to attend university compared with the most advantaged students.

Schools are now being urged to make earlier interventions with disadvantaged pupils to encourage them to attend university.

“However, if schools are able to help pupils understand the context of their exam results this could help to keep them on track.”

The study, by the UCL Institute of Education, investigated reasons for why a larger proportion of 14-year-olds expected to apply to university then ultimately did so by the age of 21.

Researchers analysed a survey of teenagers conducted between 2004 and 2010, recorded in the Longitudinal Study of Young People in England.

They found that the most deprived fifth of youngsters were more than twice as likely as the most advantaged fifth to switch from being ‘likely to apply’ to being ‘unlikely to apply’ for university as they grew older.

The study also found that the most advantaged youngsters were more likely than their disadvantaged peers to change their mind from being ‘unlikely’ to ‘likely’ to apply.

The extent to which the gap is caused by differences in attainment was also looked at by researchers.

Pupils in both low-income and high-income families who received low GCSE results were likely to switch – at about the same rate – from being ‘likely’ to ‘unlikely’ to apply for university.

However, the study found that among pupils who had originally thought themselves ‘unlikely’ to apply for university, the richest who achieved the best GCSE results were more than two-and-a-half times more likely to change their mind and apply to university, compared with high-scoring poor pupils.

“Perhaps, while it’s never too late to decide against making an application to university, it can get too late for individuals to start thinking that they will,” concluded the report.

“If they have not been planning to apply to university, young people will not have taken actions necessary to make a strong application.”