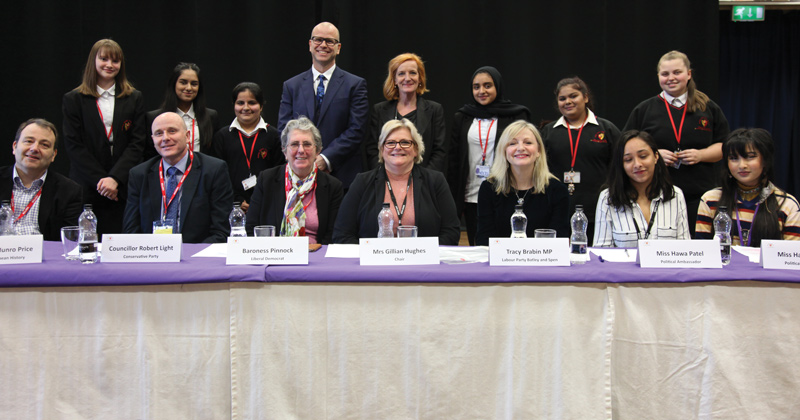 Over 400 students and their parents attended the Q&A with panellists Tracy Brabin MP, Baroness Pinnock, Councillor Robert Light and Professor Munro Price, who were joined in the hot seat by two of the school’s sixth-formers and student political ambassadors, Hana Yaqoob and Hawa Patel (pictured below).

The West Yorkshire school’s deputy head, Gillian Hughes, took on the role of question master, acting as an intermediary between the students and panellists.

The project was set up at the school three years ago in an effort to get more students to engage with and understand politics, and the deceased MP Jo Cox featured as a panellist in its first year.

“We’re very much about developing those opportunities to get critical thinking in place, to bring in outside speakers and just improve the level of understanding and knowledge about what’s going on in the world,” said David Cooper, co-head at the school. “The panellists all commented ‘why doesn’t this happen in every school? It should be common practice’.” 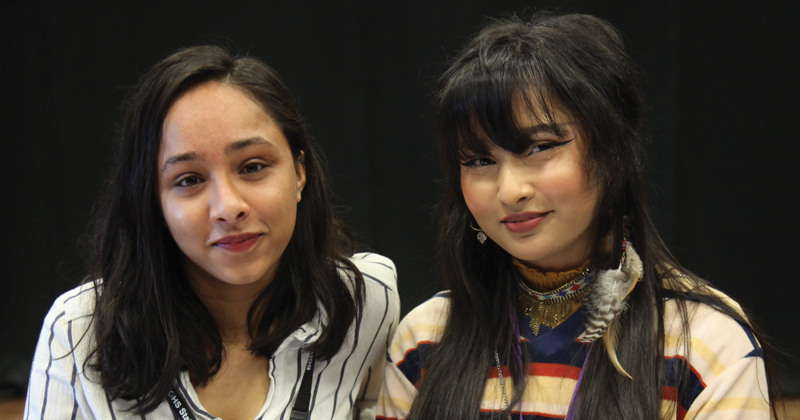