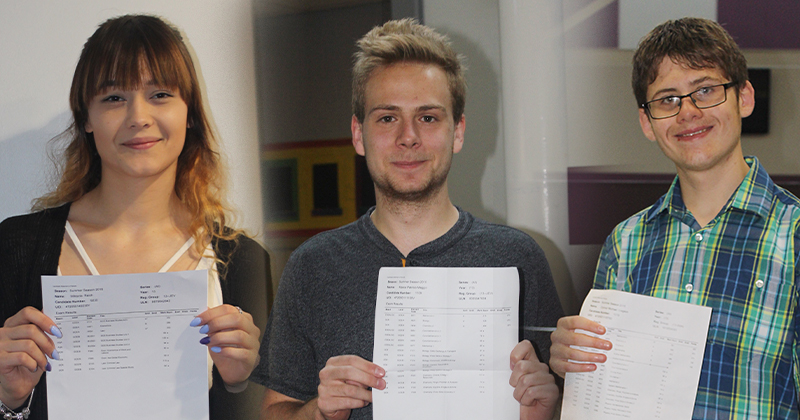 There were some pleasantly surprised faces turning up at Accrington academy, a secondary modern school part of the united learning trust, this morning.

Wiktoria Reich, achieved an A* in law, A* in business studies and a B in economics. Her hard work and subsequent results have earned her a place at the University of Liverpool, where she will study business management.

A delighted Wiktoria said: “I am very surprised at getting two A*s, which I wasn’t expecting.  I have felt both worried and excited about today and now my next venture, studying at the University of Liverpool.”

Marco Maggio is bound for the University of Manchester after achieving A grades in mathematics, chemistry and biology. The 18-year-old is now set to study pharmacology and physiology with industrial/professional experience.

Marco said: “I am beyond ecstatic with my results and excited about going on to the University of Manchester in September.”

Connor Gregson, scored an A* and two A grades in mathematics, physics and chemistry respectively, as well as an A in AS further maths.

His efforts have now landed him a place at the University of Manchester studying chemical engineering with industrial experience.

Connor said he was “incredibly impressed” with how his hard work and determination has paid off.

Andy O’Brien, principal of Accrington academy, said: “We are delighted that the hard work of students has led to a great set of results, of which each of them can be proud.”

Pic: From left: Wiktoria, Marco and Connor collect their results