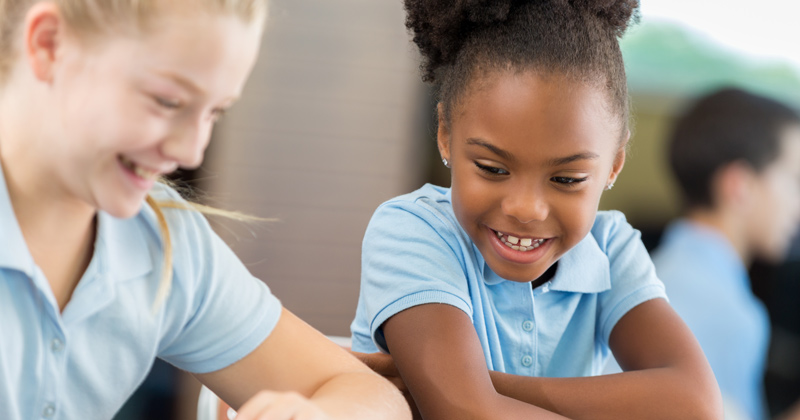 Pupils in UK schools are among the unhappiest in the world, a major new study that has compared countries on their pupils’ wellbeing has revealed.

The Organisation of Economic Co-operation and Development (OECD) has published the findings of its first wellbeing study involving 540,000 15-year-olds across 72 countries.

It found around one in six pupils (15.6 per cent) in the UK are unhappy, ranking the UK 38th out of the 48 countries that took part in the happiness study. Pupils in the UK were also among the most likely to be bullied, and spent the most time on the internet.

The survey asked pupils how they feel about life, with the UK’s 15-year-olds ranking their life satisfaction as 6.98 on a scale of o to 10 (10 being the best score).

Pupils in countries that are top performers in Pisa tests, such as China, Japan, South Korea, Hong Kong, Taiwan and Macao, were less happy than those in the UK.

Countries where youngsters rated their life satisfaction higher than the UK included Mexico and Costa Rica.

Only 28 per cent of pupils in the UK said they were very satisfied with their lives, compared to an OECD average of 34 per cent.

Bullying and anxiety levels among highest in UK

The findings for the UK also highlighted that bullying, anxiety, and high internet use during the school day are more prevalent than previously thought – and higher than many other OECD countries.

This was the second highest rate of all countries surveyed. In school, pupils were online for about 188 minutes a day, compared to 146 for the average youngster across other countries.

Meanwhile almost one in four UK pupils (24 per cent) reported being a victim of one act of bullying “at least a few times a month”, which is higher than the OECD average of 19 per cent.

For being bullied “frequently”, the UK’s pupils came fourth of all the countries – with 14.2 per cent saying so, significantly above the OECD average of 8.9 per cent. These pupils also reported much lower life satisfaction than their peers.

But on a positive note, pupils with an immigrant background were no more likely to report being bullied than non-immigrant pupils. These pupils also reported an equally strong sense of belonging at school as others.

Finally, pupils in the UK were more anxious about testing than many of their international peers. On average, about 55 per cent of pupils across the OECD reported being nervous before a test, while in the UK that figure rose to 72 per cent.

This may in part be due to the high standards of expectations UK pupils appear to have for themselves, according to the report.