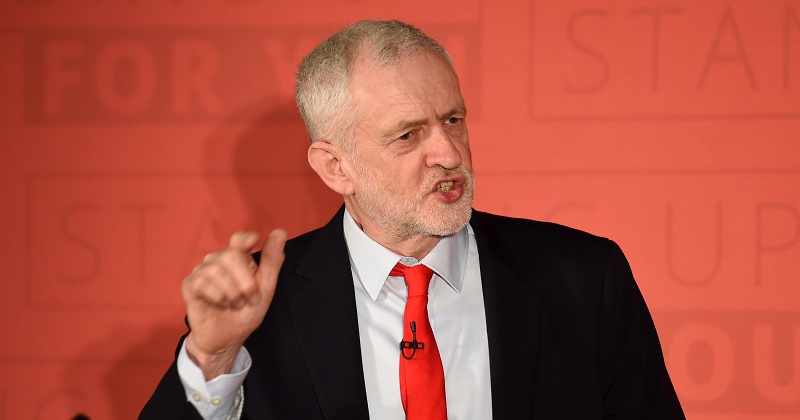 Labour leader Jeremy Corbyn accused the government of “broken promises” over school funding in the first Prime Minister’s Questions since yesterday’s announcement of a snap election in June.

Corbyn said parents taking their children back to school this term are receiving letters from heads “begging for funds” so they can buy books and fund squeezed budgets.

The barb was included on a list of “broken promises” he accused the government of presiding over – highlighting the Conservative manifesto pledge from 2015 to protect the amount of money following a child into school.

The attack suggests that school funding will be a key issue in Labour’s election campaign. Other “broken promises” included a lack of funding in the NHS.

But prime minister Theresa May shot down the funding accusations, repeating the government’s stance that “record levels” of funding are going into schools.

Per-pupil funding has been maintained since 2015, but rising costs due to policies such as increased pension and national insurance contributions are squeezing budgets.

The National Audit Office has previously stated the squeeze will amount to a £3 billion cut in school budgets by 2020, or an 8 per cent real-terms reduction in funding.

The government expects schools to make efficiency savings, and trim their workforces to meet this.

However schools say they cannot slash their budgets further without impacting the quality of their services.

The latest example of cost-cutting measures includes a school in Kent informing parents they “must pay” for sports teams.

Maria Caulfield, Conservative MP for Lewes, challenged May over many rural schools in her patch facing a reduction in funding under the proposed new funding formula which will redistribute cash across the country.

May acknowledged these schools have “particular issues” and said she would look at concerns to ensure the new formula spreads money “as fairly as possible”.

The prime minister also reaffirmed her commitment to pupil premium funding, stating it is right the money is given to schools that are “best placed” to prioritise the needs of pupils facing disadvantage, “financial or otherwise”.