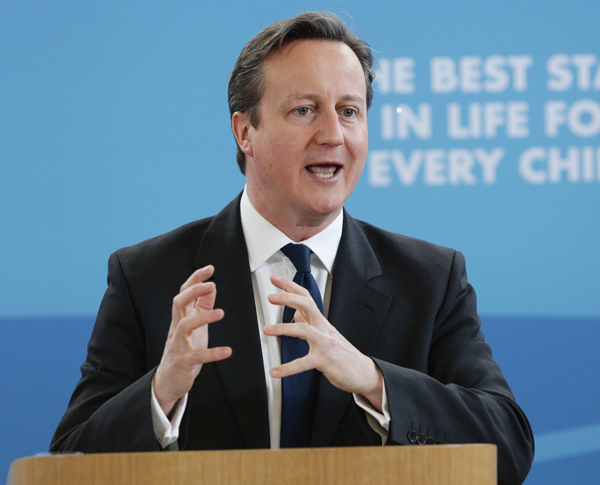 Schools are facing squeezed finances, despite David Cameron’s pledge this week to safeguard the schools budget.

Speaking on Monday at Kingsmead School in Enfield, north London, the prime minister pledged to protect state school pupil funding if the Conservatives remained in power. It was one of his party’s five education commitments (see box below).

However, while he said spending per pupil would be protected in cash terms until 2020, he admitted the rate would not rise with inflation. Schools therefore face a cut in “real-terms” funding.

Plus, pension costs will rise this September when schools will have to meet increased employer contributions, up from 14.1 to 16.4 per cent. This will be followed by an increase in national insurance from 2016 as a result of alterations to state pensions.

“In all the justifiable anger about teachers paying more for their pensions, it went almost unnoticed that the government was also asking schools to pay more too.

“On top of real terms budget cuts, and uncertainty over pupil premium funding, this makes for difficult times.”

In an interview on Radio 4, Paul Johnson, the director of the Institute for Fiscal Studies, described Mr Cameron’s pledge as “quite a watering down” on rumours of a full ringfence on school funding.

“What the prime minister seems to be saying is not that schools will be protected as they have been, but there will just be a cash protection, so real-terms falls over the next parliament.”

Faced with an increased number of under-5s, Mr Cameron noted that the flat-rate would still mean more money transferred into school budgets.

Given this, and the context of continued austerity measures, Policy Exchange head of education, Jonathan Simons felt the prime minister’s announcement was “a very good deal for schools”.

“Inevitably, it does not mean that schools are immune from having to find additional savings. In real terms, schools will still have to find at least 2 per cent of savings year
on year throughout the next parliament –
and within that, address looming cost pressures from national insurance and pension changes.

“Smaller schools will particularly benefit from the pledge. They have the largest fixed costs in terms of premises and their leadership team. Again, they will still face real pressures on budgets.”

Education minister David Laws has criticised the move and reconfirmed a Liberal Democrat commitment to fully protect education spending “from cradle to college”.

Labour has yet to detail its planned school budget spend.

Mr Cameron also pledged to recruit an extra 17,500 physics and maths teachers, fund three million more apprenticeships by 2020 and re-confirmed a national citizen service place for every teenager that wanted one – a proposal he first unveiled at the Conservative Party conference.

He also said he would continue with the free school and academy conversion programmes.

Mr Cameron said: “A good education shouldn’t be a luxury – the preserve of those living within a certain postcode or those who can afford it. It should be something everyone in this country can get.

“This is of importance to every child in our country and to our national story because if we don’t educate the next generation properly, we will not secure Britain’s future.”