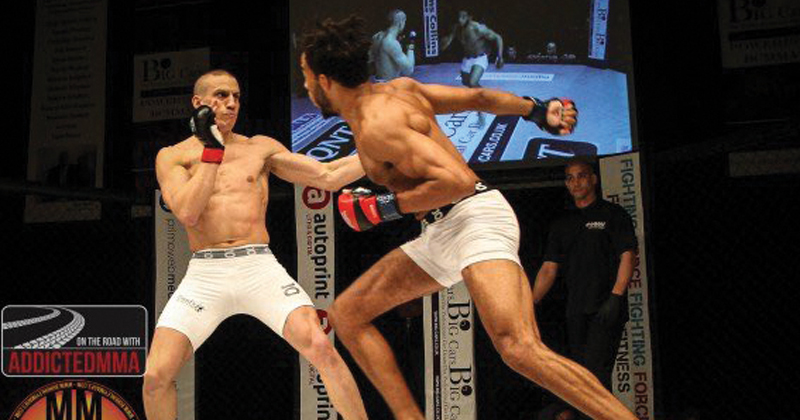 A PE teacher from Essex will fight for Team UK in the biggest mixed martial arts (MMA) event in the sport’s history.

Joe Harding (pictured right), 25, of Maltings academy, was crowned British MMA champion last month in front of a 35,000-strong crowd, and will now join Team UK in this year’s international championships in Las Vegas in July.

He says: “This is the biggest mixed martial arts event in the sport’s history.

A former Maltings academy student, Harding says he used his grit and determination to achieve success – a mindset that he now instils in his students.

“Thankfully, I had good people telling me what to do during my school days. It was never my plan to go into sixth form, let alone university, but that’s what I did, studying biology and sport science. It’s all about mindset. Whether it be university, teacher training or mixed martial arts, you can do it.

“It’s about the preparation and self-belief. I am really confident in myself and do not believe there’s anyone I can’t beat. It is very physical, but the game is at least 80 per cent mindset. If you are sharp in your mind, it is of benefit.”

“I see a lot of myself in the students as I am from the same background. I connect with them well and they can feel that. I am all over YouTube so the students see my fights. They are really supportive.

“To the outside, it may seem like you step into a cage and knock people out, but to me it’s about stepping outside your comfort zone and overcoming adversity to achieve something. That’s my message to students. If you can go into an organised fight and not be angered by it, there’s absolutely no reason why you should be getting angry in a classroom.”

Harding’s fighting career started when he took up kickboxing at 10, with his first MMA bout at 19 while he was university. He now spends all his free time preparing for his next bout and says his recent success has given him a taste of the “big things” that can happen.