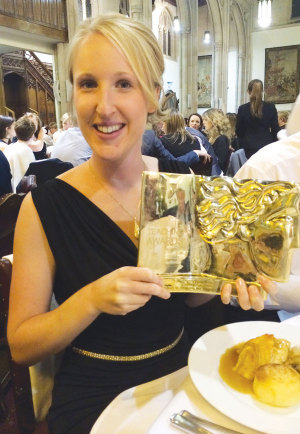 When Suzy Pett took this year’s outstanding new teacher award, she didn’t know a former head girl was in the star-studded audience.

The English teacher from Surbiton High School, Surrey, became the first in 15 years from an independent school to win the Pearson Gold Award for new teachers.

Congratulating Suzy, Sharon Stead, her head of department, said: “We knew she had something special – not just passion and commitment of which she has an abundance, but also something extra. She makes things happen.

“She inspires them towards a love for literature and language that goes beyond the classroom.”