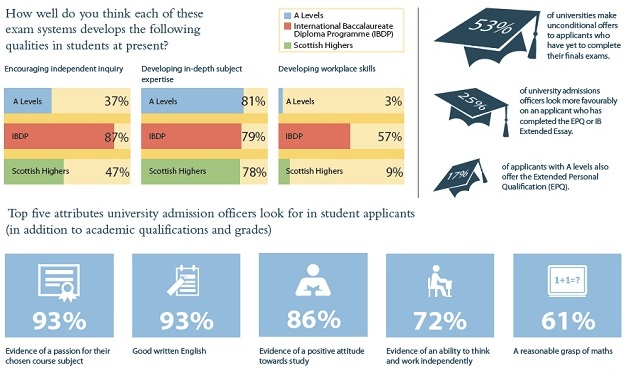 Only two in five university admissions officers think A levels prepare students for the level of independent inquiry needed for higher education study, a survey has revealed.

This is despite the fact that 72 per cent of officers who answered rated the attribute as “important or very important”.

The survey also revealed that just eight per cent of respondents felt that A levels were the better preparation for students to thrive at university, compared to 18 per cent who went for the international baccalaureate (IB). 51 per cent rated all options equally.

A quarter of officers said they look more favourably on applicants who had undertaken an extended project qualification, with eight in 10 considering the extended project to be equal to the IB’s extended essay.

Trusts quizzed over Covid cases in ‘urgent commission’ for education...

Trusts quizzed over Covid cases in...