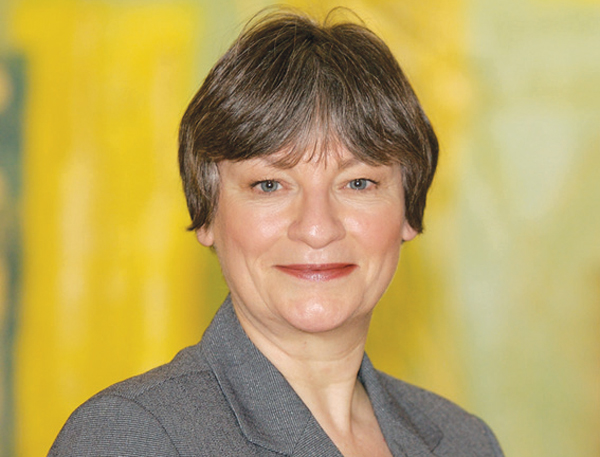 One in 12 teachers have been denied a salary increase since performance-related pay was introduced, with nearly 90 per cent of those saying they had no warning their pay would flatline.

A survey of 10,000 teachers, published today, also found that nearly nine in 10 teachers denied an increase thought the decision was unfair.

Teachers on the main pay range automatically progressed up the pay scale, until former education secretary Michael Gove brought in a performance-related pay (PRP) policy in 2013. From September 2014, schools were given the power to decide which teachers should progress based on their performance.

However the new findings – jointly released by the Association of Teachers and Lecturers (ATL) and the National Union of Teachers (NUT) – show nearly half of teachers think their school’s pay policy is unfair, whether they have received a rise or not.

Christine Blower (pictured), NUT general secretary, said the survey shows teachers are rejecting the government’s pay changes and has called for PRP to be abolished.

She said: “The biggest risk of all is that by removing the right to pay progression and making pay prospects so uncertain, the government is going to make the teacher recruitment crisis worse.”

But a government spokesperson accused the unions of continual “scaremongering” about recruitment, adding: “Teaching has a lower turnover rate than the economy as a whole – 90 per cent of teachers in state schools stay in the profession from one year to the next while the number of teachers returning to the classroom continues to rise year after year.”

Although teachers are no longer guaranteed a salary increase, the findings revealed that only 8.2 per cent of teachers on the main pay scale did not gain one due to the changes.

That figure rose to 35.5 per cent for teachers attempting to move from the main scale through to the upper pay scale, and up to 40 per cent for those seeking to increase their standing in the upper pay scale. However these scales have always taken performance into account and it is not known the extent to which these increases were previously granted.

More worryingly, it was revealed that 27 of 89 black teachers surveyed (30.3 per cent) were denied pay progression.

Of the 482 part-time staff surveyed,
118 (24.3 per cent) were also not allowed to progress. However these figures include teachers from across the pay ranges, so cannot be directly compared to the one in 12 figure.

Ms Blower added: “The survey shows that the NUT was right to warn about the risk of unequal and possibly discriminatory treatment.

“The government must as a matter of urgency seek and analyse information about how pay decisions are being taken.”

The government stated that PRP should be managed so there are “no surprises at the end of the year”.

But the survey found 89 per cent of teachers who were denied progression
said they had had no warning they might not progress.

More than half of teachers also said PRP has undermined the value of their appraisals for professional development purposes and has also increased their workload.

Mary Bousted, general secretary of ATL, said the new pay system “creates extra unnecessary work for teachers and takes them away from the classroom”.

However the government’s spokesperson rebuffed the claims, stating that schools now have “more flexibility than ever before … allowing them to keep their best staff and recruit the brightest talent”.

He also said the government have made clear the system should not create unnecessary workloads and that the pay increase must be applied fairly.

“There are clear processes in place for any worker who feels they are being discriminated against,” he added.

Jonathan Simons, head of the education unit at Policy Exchange, said: “The fact that one in 12 have not received progression pay rises absolutely does not prove that the system doesn’t work. It proves to some extent that it is working. A differentiation is exactly what is meant to happen.”

He added: “The key is are all of those judgements made on reliable information and reported clearly to staff. If not, then that’s an issue of concern.”

The unions will meet with representatives from the School Teachers’ Review Body next week to discuss the survey’s findings.