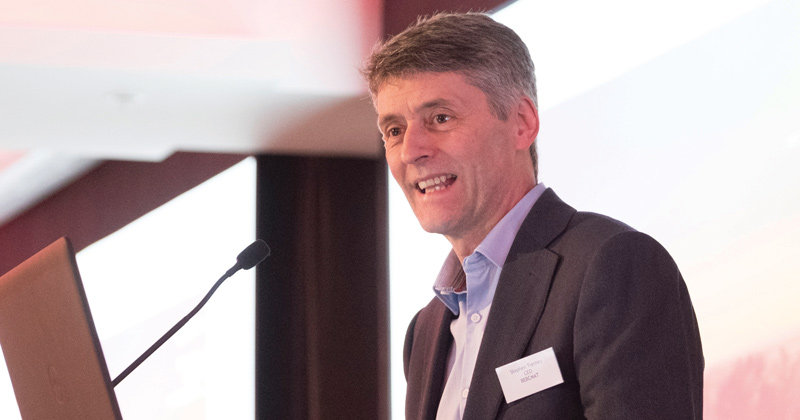 Confusion over Ofsted’s off-rolling focus may push more schools to permanently exclude pupils, a leading group of headteachers has said.

The Headteachers’ Roundtable think tank will publish its response to the Ofsted inspection framework consultation this weekend.

The group is particularly concerned with the “tone” of sections of the leadership section, something it is believed leadership unions have also raised with the watchdog.

The HTRT’s response states: “Some of the terms used are unnecessarily pejorative and will almost certainly lead to inconsistent judgements.”

One issue the HTRT has highlighted is the “unintended consequences” of the watchdog’s crackdown on off-rolling.

The group states that permanently excluding a child so that they are educated in alternative provision is seen as “strong leadership with respect to behaviour” under the new framework.

However, Stephen Tierney, chair of HTRT, said that schools using managed moves – which he described as a “co-operative long-term relationship with a provider of AP in the best interest of the child or wider school community” – could lead to questions about a “leader’s integrity and accusations of off-rolling and gaming of accountability measures”.

This, he said, could push schools into permanently excluding pupils – instead of trying to work with other schools to find a solution.

However Ofsted said that it has always maintained that permanent exclusion “should only ever be used as a last resort”.

A spokesperson for the watchdog added there is a “clear difference” between off-rolling – which “serves only the interests of the school” – and moving a pupil who is “failing in mainstream school to suitable alternative provision, where they have the best chance of future success”.

The spokesperson added: “Our concern arises when such moves are not decided in the educational interests of the pupil.

“Sometimes pupils end up in unsuitable or unregistered provision, where no one has oversight of their education, and many end up dropping out of the system entirely.”

The watchdog insisted that inspectors have the experience to identify the difference between off-rolling and the “carefully considered use” of managed moves.

The Discovery Academy in Stoke-on-Trent was found by Ofsted to be off-rolling after it moved year 11 pupils on to the roll of local alternative provision.

The school, which was rated “good”, said it moved the pupils off-roll because they had been in alternative provision for years, under a policy agreed with Stoke-on-Trent City Council.

But after Ofsted’s verdict, the council has scrapped its policy and has advised mainstream schools that pupils moved to AP should stay on their roll.

1. The Draft Education Inspection Framework and associated handbook does not support the development of an inspection system that is intelligent, responsible and focused; and capable of supporting school improvement.

2. Given the adverse impact of inspection, lack of efficacy in a number of “stuck” schools and absence of independent empirical evidence to support the four-point grading system, full consideration should now be given to moving to a no-grading system.

3. Safeguarding should be removed from the inspection framework and be an ongoing continuous improvement process subject to external audit.

4. The tone of the handbook is unacceptable, particularly with respect to leadership; this raises concerns about its development, the lack of engagement with the wider profession during its formation and the likelihood of inconsistent and idiosyncratic implementation.

5. The support for certain curricula, within the inspection handbook, demonstrates a lack of independence from the inspectorate and insufficient knowledge of working in the most challenging areas. The juxtaposition between promotion of certain subject-based curricula with the generic intent, implementation and impact is confused.

7. Proposals not to look at non-statutory internal progress and attainment data are understandable but not sensible; work scrutiny will lead to the same issues of reliability and construct under-representation that Ofsted is seeking to address with its current proposals.

8. The implementation of the draft inspection framework will add significantly to workload at a time the Department for Education’s Recruitment & Retention Strategy is promising a period of stability. Prior to a much more wide-ranging review of the accountability system it would be preferable to adapt the current inspection framework.