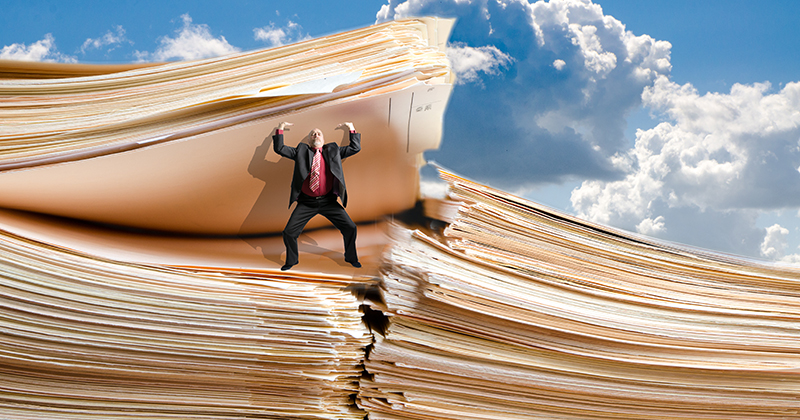 Seven in ten school leaders work in their free time every day, and almost two thirds of teachers think their job is not valued by society, according to new Ofsted research.

The watchdog has published details of interim findings from its teacher wellbeing and workload survey, which is based on 25 school and college visits and a poll of 680 school and 213 further education staff.

The research found that 48 per cent of teachers and 70 per cent of senior leaders work in their free time every day.

Problems with teacher wellbeing and mental health are already well-documented. The 2017-18 labour force survey found that teaching was one of three professions with the highest reports of stress and depression, and unions have repeatedly called for action to tackle rising workload and staff burnout.

Ofsted’s deep-dive into the issue is part of a specific focus on workload enacted by chief inspector Amanda Spielman, who says the watchdog’s new focus on substance over outcomes will help with the matter.

Overall, 28 per cent of respondents to Ofsted’s survey reported low wellbeing at work, while 26 per cent reported medium wellbeing, 35 per cent high and 11 per cent very high. However, leaders are less likely to report low wellbeing, at 18 per cent compared with 31 per cent among teachers.

A quarter of respondents said they had been absent from work due to health problems “caused or made worse by work, excluding accidents”, and 76 per cent said their job negatively affects their mental health.

Worryingly, 62 per cent of respondents “believe that teaching is not valued by society”.

“The top three factors that affect respondents’ well-being positively at work are children/pupils, colleagues and the support they receive from them,” wrote research authors Belita Scott and Dr Ivana Vidakovic in a blog.

“In contrast, the most frequently mentioned factors that negatively influence occupational well-being are behaviour (both pupils’ challenging behaviour and inconsistent behaviour management by colleagues), workload and marking.”

The researchers said the word “lack” came up a lot in feedback, with staff reporting inadequate time or support to manage behaviour, a lack of funding, resources, communication and work-life balance.

Further findings will be published early next year. The survey remains open until Sunday.