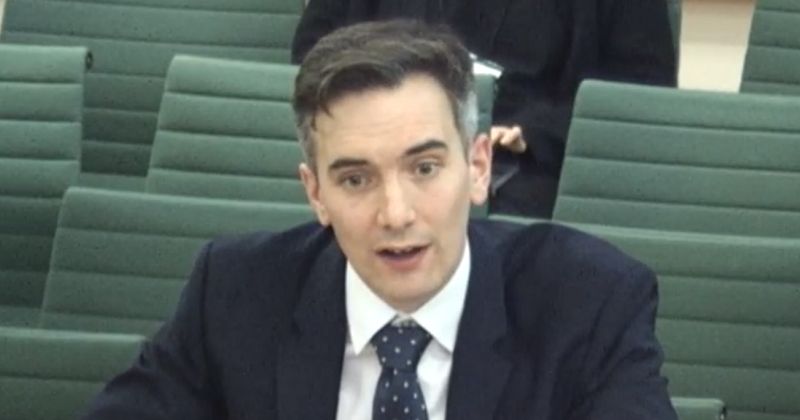 Ofsted feels unsupported in its efforts to tackle inequalities in the education system, a senior official from the watchdog has told MPs.

Luke Tryl, director of corporate strategy at Ofsted, told the parliamentary women and equalities committee this morning of gaps in support from both the government and Equality and Human Rights Commission.

The former adviser to Nicky Morgan, who is due to lead the New Schools Network from March, was quizzed by MPs about Ofsted’s response to issues such as gender inequality and sexual harassment in schools.

Ofsted is responsible for identifying schools that break equalities law, but has very little by way of enforcement power, relying on the Department for Education to intervene where contraventions are identified.

We go out there, we make these tough decisions, we often take quite a lot of criticism for the stance we take, but we don’t always see the enforcement action that we would like to see

Tryl warned that his organisation can often feel “isolated”, with inspectors having to make “some quite tricky judgments”, where there are “potential clashes between protected characteristics”, without the support they need from the rest of government in “pushing that forward”.

“We go out there, we make these tough decisions, we often take quite a lot of criticism for the stance we take, but we don’t always see the enforcement action that we would like to see,” said Tryl.

Although he said the breadth of Ofsted’s powers was a matter for the DfE, Tryl suggested the watchdog would welcome more enforcement powers.

Where Ofsted is able to take enforcement action, for example with some early years providers, the watchdog is able to take “rapid action”, Tryl said, adding that there is “certainly” a case for looking at the issue.

Tryl also revealed that schools are still flouting the law on gender segregation, despite a high-profile court ruling against the practice over a year ago.

In October 2017, the Court of Appeal backed inspectors when it ruled that segregation by gender at the school was “unlawful”. This overturned a High Court ruling in November 2016, which had said the policy did not break the law because it was “elected for by parents”.

However, Tryl accepted that Ofsted’s lack of “teeth” to deal directly with such contraventions of equalities law was a “real weakness”.

He also expressed disappointment that Al-Hijrah “hasn’t yet desegregated its secondary provision”, and warned that “countless schools” are still segregating pupils based on gender.

Ofsted also needs to improve its relationship with the Equality and Human Rights Commission, Tryl admitted, as he revealed that the inspectorate still hasn’t heard back about a recent referral.

“When I talk about the isolation, dealing with some of these tricky issues around the protected characteristics, we perhaps haven’t had some of the support from the commission that we may have liked there.

“There was a recent case where we made a referral and didn’t hear anything back from them, so I think there is some work to do there in improving that relationship.”

He said that although there was an “initial response” to the written referral, Ofsted “then didn’t hear anything further”.

Tryl accepted Ofsted’s relationship with the EHRC is “something that we could improve”.