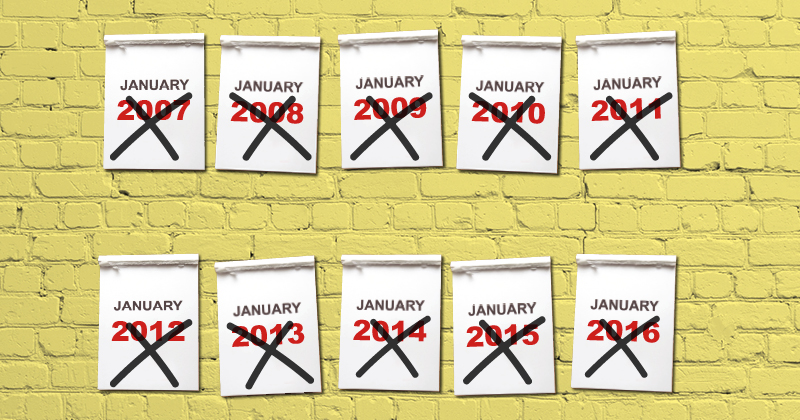 More than 1,200 schools in England have not had a full Ofsted inspection in seven years, with more than 100 given respite for longer than a decade, a new Schools Week analysis reveals.

A policy introduced by the government in 2011 exempts schools graded outstanding from further routine inspection as long as data shows they are “maintaining performance”.

Instead the watchdog’s “risk assessment” approach monitors outstanding schools for factors such as academic performance and pupil attendance, but there are fears this does not reveal the full truth about a school, such as its safeguarding.

The latest official statistics from Ofsted show that 106 schools have gone more than 10 years without a full inspection; 372 are recorded as not receiving one since 2007; 398 since 2008; and 407 since 2009. In total 1,283 schools appear not to have been inspected for more than seven years.

Union leader Malcolm Trobe, interim general secretary at the Association of School and College Leaders, said he wants the policy reviewed, arguing that it is dangerous for such a high number of schools to go so long without a full inspection.

He said: “Ofsted does have to prioritise what they are doing, but 10 years is way too long for them not to have picked up on a reinspection.

“The risk assessment procedure will not necessarily cover everything that is going on. It is important for all aspects of school life be accounted for.”

The government reduced inspections of outstanding schools in 2011 with the aim of allowing Ofsted to “focus its resources on underperforming schools”.

However, Schools Week’s sister paper FE Week has learned the policy could be changing for further education providers.

A DfE spokesperson said that while outstanding schools were exempt from routine inspection, they were still subject to accountability measures

A spokesperson for Ofsted said the organisation had “no plans at the moment to change” the exemption and noted it was the government, not the inspectorate, that created the policy in the first place.

A Department for Education spokesperson said that while outstanding schools were exempt from routine inspection, they were still subject to accountability measures.

Trobe said his union would ask the new chief inspector, Amanda Spielman, and the national schools commissioner, Sir David Carter, for “absolute clarity” about the responsibilities of each group.

Spielman, who took the reins from Sir Michael Wilshaw this month, also said during a parliamentary hearing last year that she was looking at scrapping the outstanding rating altogether.

However, because the government wrote the exemption from inspection for outstanding schools into law in 2011, parliament would need to repeal the law before the top grade could be scrapped.

Trobe said he hoped Spielman would “open up the debate” about the outstanding grade now she was in post.

“Obviously you want schools to have high aspirations so you can see why you want an outstanding grade to be available. But there are a number of reasons why, particularly given the shortness of a lot of inspections now, as to how the judgment can be made in the amount of person-hours spent coming up with such an important decision,” he said.

But Rachel de Souza, founder of campaign group Parents and Teachers for Excellence and chief executive of the Inspiration Trust, said outstanding schools should be “left to get on to do what they do best” if they still delivered excellent results and parents had not raised any concerns.

She told Schools Week: “Ofsted only has so many resources available to it and should focus them on schools that are failing. Inspecting top performing schools is a waste of time and money.”