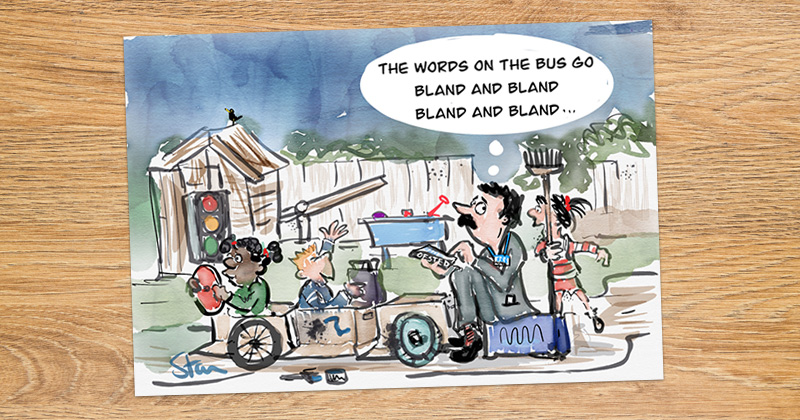 An academy trust has complained to Ofsted about the “oversimplified language” inspectors used to describe its failings at a special school rated ‘inadequate’.

Since the introduction of the new inspection framework in September, Ofsted’s reports have become shorter and simpler.

I find the tone patronising – these reports are for adults, not children

The change has given rise to some weird and wonderful observations, with one report noting a school’s trip to “a pizza restaurant”.

Another inspector told of “sitting on a milk crate at the back of a makeshift bus” before judging “children are happy at the school”.

Online posts say that the language is like “Biff, Chip and Kipper” books that help teach children how to read.

Northern House School, a special school for five to 11-year-olds in Oxford, fell from ‘outstanding’ to ‘inadequate’ after an inspection in September.

In the report Ofsted said: “Some trust leaders were worried about a fall in standards two years ago. They did not act quickly enough. When they checked how the school was doing they found that standards had further declined.

“They decided that they did not have the resources to make the required improvements. They agreed to end their leadership of the school as soon as a new trust could be found. This had not happened by the time of the inspection.”

Rachel Gooch, a former governor and education commentator, said the “simplification has gone too far”.

“I appreciate that Ofsted has decided that the language needs to be simplified to make the reports more accessible to parents…[but] I find the tone patronising – these reports are for adults, not children.”

The Northern House School Academy Trust, which runs the school, said it had “communicated our views on the oversimplified language to Ofsted”, and would not comment further.

Micon Metcalfe, a school business leader, said that while she was “generally in favour” of simpler and clearer language, complex issues such as academy re-brokerage did not lend themselves well to the new-style reports.

In a report published last month, Ofsted described how pupils at Bellingham Middle School and Sports College in Northumberland “go on many trips”, including to churches, museums and “a pizza restaurant”.

An inspector who visited Lyme Community Primary School in Merseyside said: “One of the children gave me a ticket in the outdoor area used by nursery and reception children.

They said that these days feel like, ‘little holidays’

“The ticket allowed me to sit on a milk crate at the back of a makeshift bus. From this vantage point, I could see that the youngest children are happy at school.”

At Boldon School in the northeast inspectors noted that “at lunchtime, pupils get on well with one another and share a joke with their teachers”, while Ofsted said pupils at Mursley Church of England School in Milton Keynes “especially like it when they have special days, trips or visitors”.

“They said that these days feel like, ‘little holidays’,” the report said.

Gooch added: “The content is now of much less use to education professionals who use Ofsted reports to find out about other schools.”

But parents have welcomed the simpler tone.

John Jolly, the chief executive of ParentKind, said the changes “will help parents to get a broader understanding of the ethos of the school their child is attending and highlight the ways in which this attribute can be achieved”.

Ofsted also defended its approach, aimed at giving a “better flavour” of what it’s like for pupils.

“We’ve made our inspection reports shorter and clearer, so that they can be more easily accessed and understood by different groups of people,” said a spokesperson.

Ian Barker, the chief executive of the Northern trust, said it was in the process of giving up Northern House because funding did not support trusts in specialist education working across several regions.

The chain’s other schools are mostly in the West Midlands, although it has one in Wokingham, Berkshire.

A preferred trust has been chosen and should take on the school early next year.