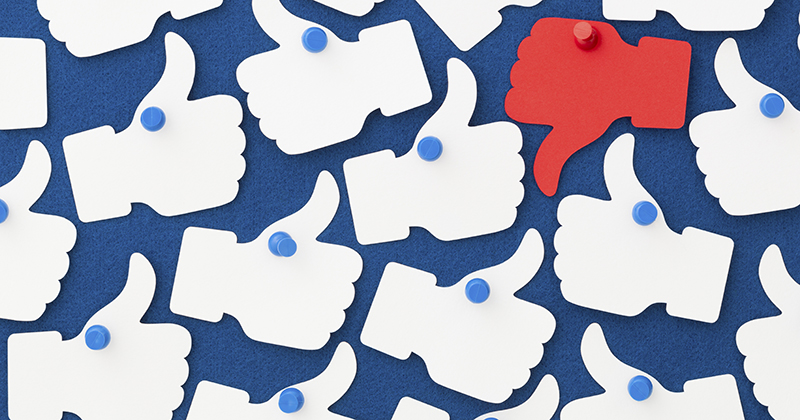 But experts say that data from platforms such as Facebook and Twitter is “unreliable” and not a good basis for working towards the evidence-based practice that the inspectorate has committed to.

The education watchdog included the novel idea in its “innovation and regulation plan” published this week. It says Ofsted is engaging with the Department for Education in a “data science project” to “explore the possibility of using near-realtime data and information from social media and other sources to predict and prevent decline in school performance”.

Ofsted would not provide any further details as talks are at an early stage, but did confirm it would only use information that was publicly available.

Mark Orchison, managing director of education technology specialist firm 9ine Consulting, told Schools Week the watchdog could make use of “Google data studio”, a portal that can track an individual organisation or school’s traffic and popularity on social media.

Ofsted could configure the platform to create a timeline for a specific school showing “who is talking about the school on Facebook and Twitter, to see who is mentioning it and see what a community’s realtime perception is before they go to the school”.

Joshua Perry, director of Assembly, a schools data platform created by Ark, added it would also be possible for Ofsted to “explore issues such as parental engagement by examining the volume and nature of parent-school engagements” online.

But he added the dataset reliability from social media was not clear.

“Social media is a place where people go to express their frustrations, not provide measured constructive feedback.

“It is not audited or verified and is widely known to contain unsubstantiated gossip or downright falsehood.

“For a government agency to use it as data would call into question its commitment to evidence-based practice.”

Ofsted no longer routinely inspects “outstanding” schools unless a performance risk is flagged up. It has, however, been unclear about the metrics it uses to determine if a grade 1 school needs to be revisited.

Social media is a place where people go to express their frustrations, not provide measured constructive feedback

The inspectorate has also moved to shorter inspections for “good” schools, with no more than two inspectors on site for one day.

Perry said that a number of data organisations, including his, already collected “realtime” data from schools, such as attendance and grades, providing they gave consent.

“I could imagine Ofsted might consider collecting daily data on attendance and exclusions, for example, since these measures are recorded by schools in a timely and standardised way.”

“Using a platform like this you can go school by school and measure their financial performance, performance per pupil, Progress 8, how much they are spending on catering and HR and so on.”

He said that Ofsted could make their own data dashboard for all or some schools that they want to keep an eye on to monitor performance and identify the strongest and weakest schools.

“That sort of data could give Ofsted a huge amount of realtime evidence into what is happening at each school that historically they would have to go into to make interpretations of themselves.”