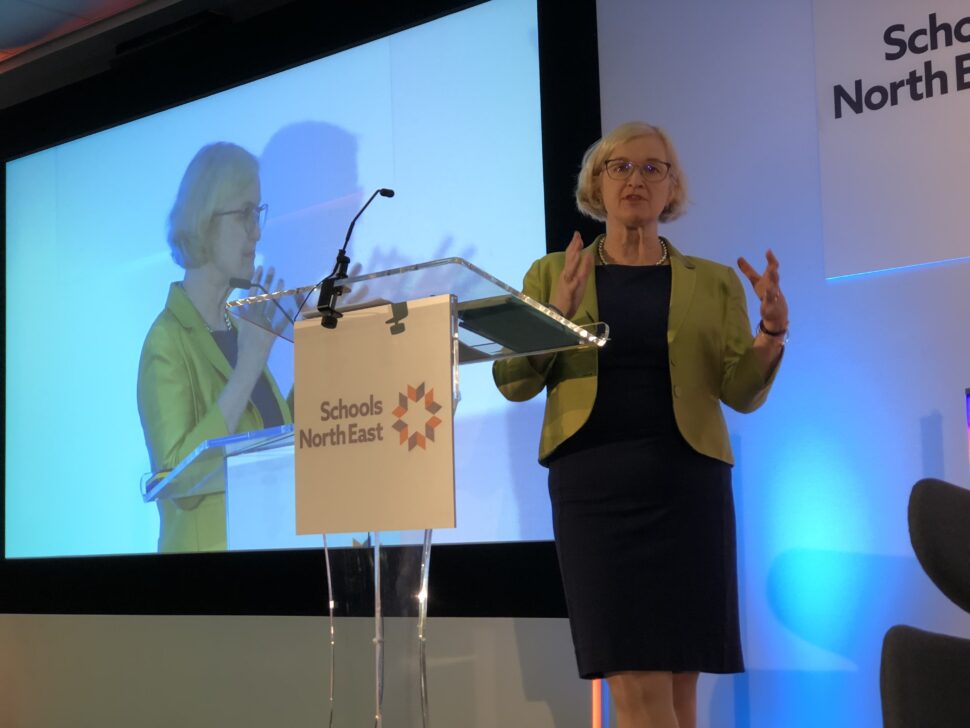 Amanda Spielman has admitted she was “horrified” at accusations that Ofsted’s recent curriculum review was biased in favour of schools with a knowledge-rich curriculum.

Speaking following her speech to the Schools North East summit today, Spielman insisted the review was not about judging what is a good curriculum, but about schools’ engagement in developing their education model.

Last month Ofsted published a study into the curriculum of 23 schools, which informed a commentary from chief inspector Amanda Spielman on good and bad curriculum in schools. She also pledged the curriculum would be given “greater coverage” in Ofsted’s new framework.

Only a “small group” of the 23 schools had a skills-led curriculum, and the rest a knowledge-rich or knowledge-engaged approach. This prompted claims it favoured “knowledge-rich” schools popular with ministers.

“I was horrified at the suggestion that that was done without integrity,” Spielman told reporters today.

“It wasn’t about schools doing curriculum well – it was about having the strongest focus in the first stage – they were the ones that were most engaged in the curriculum discussion and the most able and wanting to talk about it – from any perspective.

“So it wasn’t about a judgment of what was a good curriculum … it was about their engagement with that aspect of what they do.”

Spielman insisted the schools were chosen “not on the basis of what we thought were the best curriculum, but on the basis of the people who had gone into it most deeply in developing their education model”.

“We’ve got serious research credentials – we hired one of the best education researchers around [Daniel Muijs] to make sure that our research was done with integrity.”

The schools were selected through a two-stage process, during which a large number of schools were initially identified, then “narrowed down” into a smaller sample based on their “engagement” with the curriculum, explained Spielman.

“In the first stage we made sure to get a broad a range as possible.”