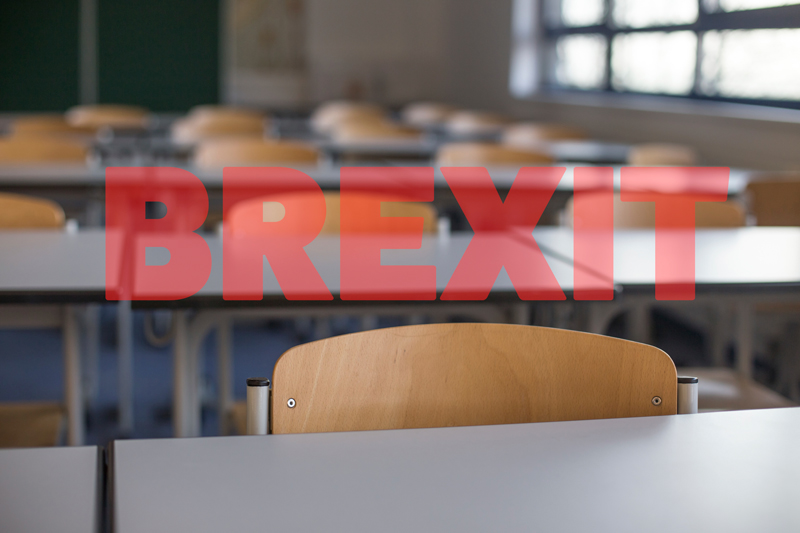 Civil servants from Ofsted have been redeployed to help prepare for a no-deal Brexit, with more staff set to follow, Schools Week understands.

It follows concerns that civil servants from the Department for Education could be transferred from as early as next week.

Schools Week understands the department has been looking at what schools will do if food supplies run low, and how food will be transported between sites if fuel runs low.

Damian Hinds, the education secretary, addressed the impact of Brexit on the DfE at an accountability hearing before the education select committee on Wednesday, the day after parliament rejected the government’s Brexit deal.

Hinds said the temporary shift of civil servants from the DfE was “the reality of no deal”, but insisted that the department had planned for “everything that is reasonably possible for us to plan for”.

He told the committee that ensuring the government could collectively continue to deliver “truly mission critical” functions involved departments “like ours being asked who, if needed, we could release on a temporary basis to support other”.

Schools Week understands the DfE is seen as a non-priority “no deal” department and is working with the Department for Environment, Food & Rural Affairs and HM Revenue and Customs. They both need 1,300 civil servants, most of them on six-month loans from the DfE, in the event of no deal, it is understood.

Just three policy areas are said to have been protected – funding, safeguarding and teacher recruitment. The Brexit problems could also delay publication of the government’s recruitment and retention strategy.

Meanwhile, Schools Week understands Ofsted has already lost a small number of staff, but is set to lose more, depending on the outcome of Brexit negotiations. At present, inspectors are not expected to be involved.

It comes at a critical time for the inspectorate, which has just revealed proposals for its new inspection framework.

Ofsted is already struggling to maintain standards as funding falls. Its budget is expected to decrease by £22 million over four years, shrinking from £171 million in 2015-16 to £149 million in 2019-20.

In September, the parliamentary public accounts committee, which keeps government agencies in check, warned that cuts to Ofsted’s budget have “undermined families’ ability to make informed decisions about schools”.

A spokesperson for Ofsted said: “Ofsted is part of the wider civil service, and is prepared to support the cross-government effort as needed. Any assistance will come from our back office functions, and we will ensure that our front line day to day activity in inspection and regulation continues.”