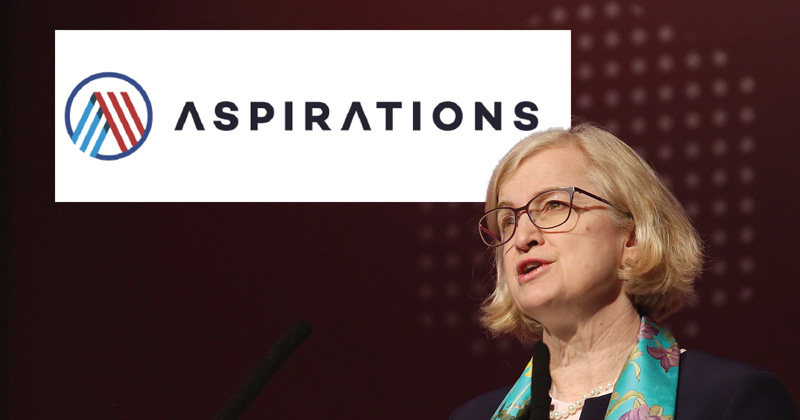 Ofsted has apologised and overturned a provisional ‘inadequate’ judgment after an academy trust complained that inspectors had not understood its “innovative” new curriculum.

Park Academy West London was found to have “serious weaknesses” after a two-day visit in November.

Aspirations Academies Trust, which runs the school, lodged a complaint about the “deeply flawed” inspection before the report was published.

They alleged inspectors had not understood its new “no limits” curriculum programme, and had “pre-conceived” ideas about how curriculum should be taught.

Ofsted dispatched two senior inspectors to visit the school again in January as part of its moderation process, before upgrading the judgment to ‘requires improvement’ and apologising to the trust.

They made assumptions that were not true

The trust is implementing a new “transdisciplinary” approach that ties in various aspects of the curriculum for six periods a week.

Aspirations managing director Steve Kenning told Schools Week: “They [Ofsted] did not get it. They made assumptions that were not true. They did not understand it at any phase, because they did not talk to the senior curriculum leader or myself about it.

“We felt that they hadn’t gathered a sufficient evidence-base to judge the school accurately.”

Paula Kenning, the trust’s deputy managing director, added that the experience had left them wondering whether Ofsted “is fit for purpose”. She said that they doubt the watchdog’s ability to deal with schools that take an innovative curriculum approach.

Despite the new framework stating that those who do innovate will be judged favourably, she said that “we haven’t found that to be the case… The training is leading to inspectors, for whatever reason, disaggregating what’s happening in the school into almost a ‘tick-box approach’.

“So, if they can see discrete RE or discrete computing, and so on, then the tick-list is a positive one. And if they can’t see that, it seems to me that the training hasn’t led to all inspectors having the capacity to actually have a more holistic view of the curriculum – to actually see where it’s mapped out.”

It’s the latest concern to emerge over Ofsted’s curriculum focus. Schools Week revealed in October how inspectors were conducting curriculum “deep dives” in subjects outside their expertise.

An Ofsted study found that inspectors without subject expertise struggle to reliably assess the quality of lessons and pupils’ workbooks in secondary schools.

Stephen Rollett, curriculum and inspection specialist at the Association of School and College Leaders, said the union was encouraged by the fact that Ofsted has been carrying out “significant amounts” of curriculum training for inspectors.

But he added that the watchdog was building its curriculum practice from a “reasonably low base” because previously it had been pruned back.

Ofsted: this shows that our processes work

Ofsted is recruiting for subject-specific HMI leads, but Rollett added that “also tells you that they do have gaps to fill in the organisation in relation to the curriculum. It’s encouraging, but at the moment it is imperfect.”

Ofsted said that following a moderation process, its regional director for London asked inspectors to return to Park Academy to gather additional evidence before coming to the final judgment.

The spokesperson added: “So, this shows that our processes work. In this case we inspected the school, received correspondence and took appropriate action in line with our published policy.”

They added that all inspectors have “undertaken thorough training in the education inspection framework”.

Paula Kenning said the outcome was a “complete vindication” of the decision to complain, without which, the ‘inadequate’ judgement would have remained in place.

She added: “Ofsted got it wrong. Ofsted mistakenly graded one of the Aspirations academies as inadequate, and it is absolutely not inadequate – as proven by the report.”

The inspection was Park Academy’s first since opening in September 2017. Its predecessor school, Stockley Academy, had been judged ‘inadequate’.

Aspirations, founded nine years ago, prides itself on turning around failing schools quickly. It runs 15 schools which between them have had 18 Ofsted inspections.