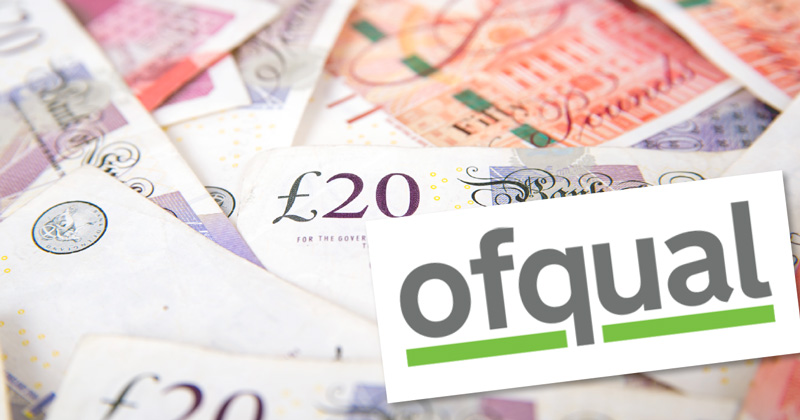 The exams regulator has launched a consultation to update its Taking Regulatory Action (TRA) policy, which was first published in 2011 and was last revised in 2012.

Currently, awarding bodies that are found to be breaking the rules can be fined. Ofqual issued its first fine in 2016 and six fines have been issued since then.

But fines are issued “only in the most serious cases”, Ofqual said. “In a small number of other cases we have given directions, which also demonstrate that we consider the non-compliance to be serious, but that power is not available unless the non-compliance is ongoing or likely to occur.”

Ofqual is now advocating two new ways in which awarding bodies could be punished – rebukes and issuing fixed penalties.

These could be used as a way for the regulator to draw attention to instances of non-compliance which, although not serious enough to be fined, “should nonetheless be highlighted as serious issues which we would not expect to see occur elsewhere”.

A rebuke would promote public confidence, deter future non-compliance and inform other awarding organisations how to avoid non-compliance, Ofqual said.

The proposals do not elaborate on the circumstances in which a rebuke might be issued.

Ofqual proposed rebukes would name awarding organisations and details of the nature and impact of non-compliance would be published.

Fixed penalties “would be imposed in relation to breaches of the conditions which are straightforward to establish”, Ofqual said.

“The purpose of our proposals is to bring the policy up to date, so it reflects how we use our powers in practice,” the document reads.

The consultation will be open for eight weeks, between October 8 and December 2.

Last year, exam board OCR was fined £175,000 after its 2017 GCSE English literature paper confusingly referred to the Romeo and Juliet character Tybalt’s hatred of the Capulets, his own family, rather than the Montagues, their rivals.

Last month, it was revealed that the number of complaints received by Ofqual about England’s largest exam boards nearly doubled over the past two years.