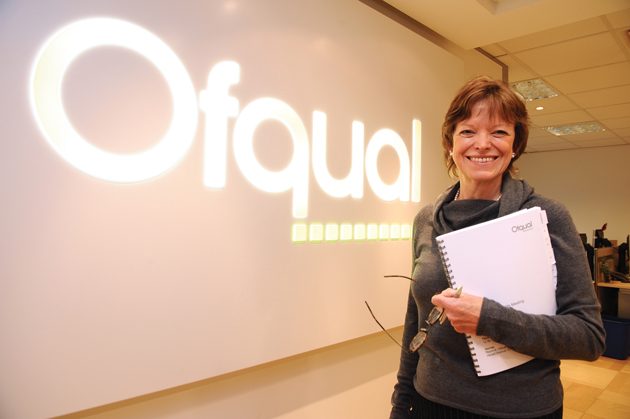 Teacher ratings of students’ lost learning could be issued alongside grades next year to help level up the playing field for those who have been worst-hit by the pandemic, Ofqual’s chief has told ministers.

Speaking to the education select committee today, Ofqual’s interim chief regulator Dame Glenys Stacey said the rating system could be a traffic light red-green-amber rating system – but should not be “imported” into a pupil’s grade, nor sit on their qualification certificate.

While the government has revealed measures to make exams more fair next year, including awarding more generous grades, they are still looking at ways to level up the playing field for pupils in hard-hit Covid areas who have missed more school this year. An expert group has been set up to look into a solution.

Stacey said today one solution, which Ofqual has suggested to ministers, is for teachers in individual subjects to “make some evaluation of that. It would need to be kept straight forward in order to be doable… [you] might be able to rate that in some way, RAG [red-amber-green] rate it or something”.

She said that could “sit alongside a qualification grade: the qualification grade could tell the user what knowledge and understanding on the subject that student had so that grade serves its purpose. Alongside it there could be another measure of differential lost learning.”

She said this should not appear on the grading certificate, though, because some students “wouldn’t want their certificate to reflect that.

“And also there’s a debate to be had about whether that’s simply days lost to school as there will be students who’ve had few days lost, but will have lost a mother to Covid or looking after siblings because their mother is a key worker on shift.,” Stacey added. “There’s a question over whether more qualitative information could be played in some way.”

But she said it was not “appropriate at all to try and compensate for that in the grading results… If we try to import that into the grading it would distort and confuse what the grade is about” because users wouldn’t be able to “know what the student didn’t know”.

“We’re trying to protect the purpose of the qualification and the grade, but also absolutely recognise that more needs to be done to reflect the lost learning of this generation.”

She added this was a “big job” for the expert group set to find a solution, as well as higher and further education providers in “recognising the unique experience that each student is having here, but we do need to protect what an examination and qualification is about”.