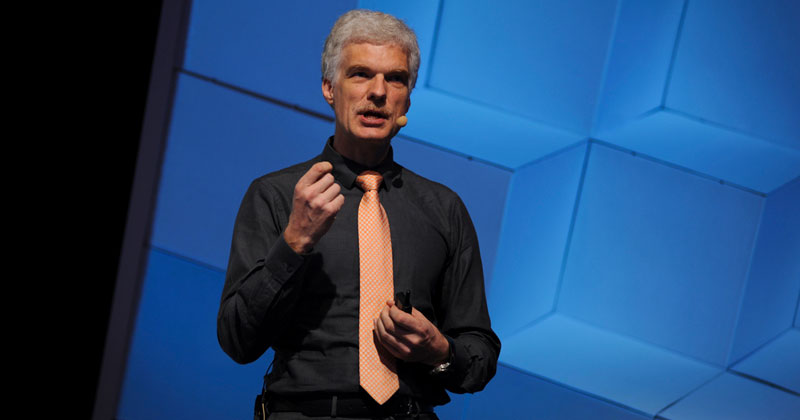 England’s academies are failing to capitalise on the “best ideas”, says the OECD’s head of education, calling for more opportunities for teachers to share knowledge and participate in research.

In an exclusive interview with Schools Week, Andreas Schleicher warned that teachers in England “have very little time for other things than teaching”, which harmed retention and the country’s standing in international league tables.

Speaking at the WISE Education Futures conference in Paris last week, Schleicher called on schools to involve teachers in education reforms to make the profession more “intellectually attractive”, rather than focus on financial incentives.

If teachers are developing good ideas in isolation, that’s not going to help the system advance

Ahead of his speech, Schleicher told Schools Week the academies programme was a “good move”, but England needed to “take care” that the autonomy of the system was not squandered.

“Compare yourself with the Netherlands, where every school is an academy. The difference is the Netherlands at the same time has strong systems. So these autonomous schools actually collaborate, they share ideas, they share people.

“It’s quite easy for a teacher to move from one school to the next, one pedagogical idea to the next. That I find missing in England. England has strengthened school autonomy, but I do think [it has] that kind of overall coherent system, that capacity of schools to collaborate across academy chains and so on.”

Last year Sir David Carter, the former national schools commissioner, called for more trust-to-trust collaboration, urging academy trusts to “over-recruit” teachers and leaders so they could help to turn around schools outside their organisations and become so-called “system leaders”.

Schleicher warned that too many ideas flowed into schools from above, and not “laterally” from teachers.

“I value very much the autonomy [for schools], I think that’s a very important ingredient for success, to liberate good ideas, but at the same time if teachers are developing good ideas in isolation, that’s not going to help the system advance.”

Schleicher is also critical of England’s focus on a knowledge-rich curriculum, and warned it was a “grave mistake to pit knowledge versus competence at two opposing ends of a spectrum”. Neither was of value without the other.

“We need to understand that the world is changing. The kind of things that are easy to teach, easy to test are now all too easy to digitise, to automate.

“The rise in social and emotional skills is very clear; collaborative skills, the rise in creative skills, imaginative skills. In a way, schools are very conservative social systems, and as parents we are sometimes actually part of the problem.

If England is to perform better in the PISA tests, an international study run by the OECD that ranks 70 countries based on a test of 15-year-olds, Schleicher said its pupils must demonstrate a deeper “conceptual understanding” of their subjects.

The results, Schleicher said, demonstrated that English pupils did well in tasks that “typically relate to relatively shallow tasks of knowledge reproduction”, but that was not what PISA was looking for.

He also warned of the prevalence of “memorisation strategies” in English classrooms, which he said were “no longer helping” pupils.

“If you look into a British classroom in a maths lesson, you typically deal with 15, 16, 17 problems in one lesson. If you go to a Japanese lesson, you deal with one problem.

“The idea is to really see what the origin of the problem is and develop different solution strategies, to have students demonstrate that they understand the fundamental concepts and actually use them, and then they can extrapolate from this.”