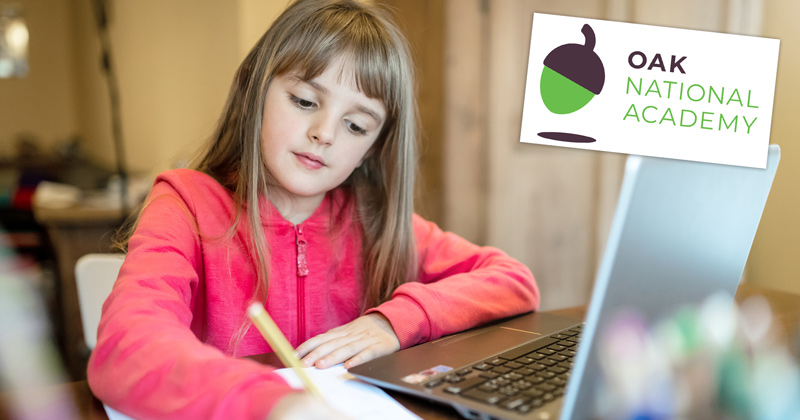 The Oak National Academy has pledged it will “never sell its lessons” after the government confirmed that its charity owners will retain the intellectual property, despite large public investment in the platform.

Launched in April using content voluntarily contributed by teachers and schools, Oak quickly became a household name during the national lockdown, delivering millions of lessons in its first week.

So these remain a national resource, Oak has committed that it will never sell these lessons

But the announcement earlier this year that the Department for Education would pump an additional £4.3 million into the platform, on top of its initial £300,000 in funding, prompted questions about who would own its content and brand.

In response to a recent freedom of information request, the DfE said the rights to the brand, website and content produced this year would belong to the Reach Foundation and its curriculum partners.

However, the grant funding agreement “includes a condition requiring that any user will have the right to access all online materials free of charge during the academic year 2020-21”.

The DfE confirmed to Schools Week this week that Reach and its partners would continue to own the intellectual property after 2020-21.

Ed Vainker, chief executive of the Reach Foundation, told Schools Week that Oak had “committed that it will never sell these lessons”, so they can “remain a national resource”.

He also said that as Oak’s curriculum was made up of “lessons from existing schools and teachers”, it “therefore doesn’t own the majority of the intellectual property it uses”.

“It is owned by schools who led the creation of lessons and other third parties (e.g. publishers who own rights to Roald Dahl) whose resources are included within them. They’ve generously agreed to share it, via Oak, to support teachers.”

He added that the academy was a “national shared resource with a clear aim to support teachers”, and was “housed within a charity and so can’t make a profit nor be sold for profit”.

The pledge comes as private equity experts said Oak could become a very valuable platform if it moved into the commercial realm.

By not holding on to the IP, the government may have missed out on a potential windfall for the taxpayer.

On a potential value for the platform, Derrick Betts, an associate partner at EY-Parthenon specialising in the education sector, said: “It’s just speculative, and we don’t really know how big it could become, but there’s evidence of other digital content platforms that point towards valuations in the low hundreds of millions.”

Asked in a recent freedom of information request to clarify whether its grant agreement with Reach would allow for any of Oak’s assets, licences or intellectual property to be sold to a third party, the DfE said there was “no intention of this within the scope of the grant”.

The grant’s terms and conditions also contain provisions to enable recovery of monies in the event of any breach, the DfE added.

Speculation about the future of the platform was also fanned earlier this year by an admission that it may begin to gather “basic data” on its users.

Ian Bauckham, the academy’s chair, told a Westminster Education Forum event in June that there had been a “huge level of interest in the data that we could collect”, and said the site may “move into the realm of voluntary or optional log-ins” in future.

Leon Hady, a former headteacher who recently obtained private equity funding to provide online teacher training courses around the world, said it was the potential to collect more data on users that could make Oak a “very valuable asset”.

“The user data and trackability of those people would be huge to some companies,” he said, adding that it wasn’t unusual for education platforms to fetch “25 to 50” times their original investment value.

It is understood any data collection by Oak is only being used to improve the product.

It’s not unheard of for charities to sell elements of their operations to commercial providers and then use the money to advance their own charitable aims.

When Edexcel was partially sold to Pearson in 2003, the proceeds were used by its trustees to set up The Edge Foundation.

And when private equity firm Montagu acquired the College of Law in 2017, the £200 million made was used for a legal education charitable fund.