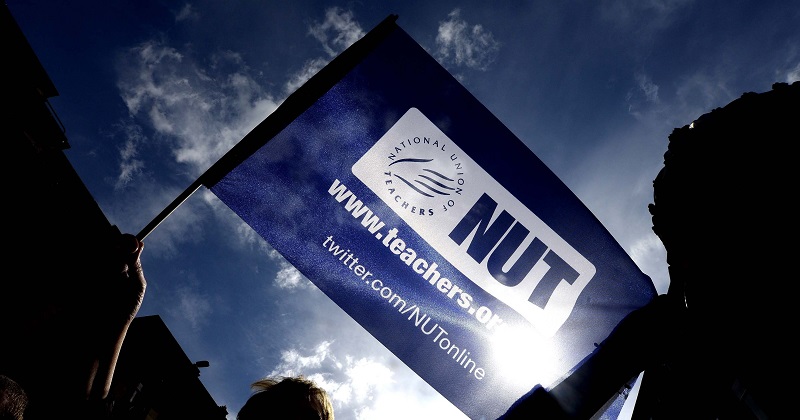 About a third of schools in England were fully or partially closed as a result of a walkout of teachers today, the government has revealed.

It follows warnings from the National Union of Teachers that the “majority of schools” in England would be affected after 91.7 per cent of voting members backed the union’s call for industrial action and after no settlement was reached during negotiations between NUT and government officials.

The union, which was criticised for proceeding with a strike because less than a quarter of its 210,000 members voted in the ballot, wants more funding for schools, guaranteed terms and conditions for teachers and resumed negotiations on teacher contracts to address problems with workload.

Kevin Courtney, the acting general secretary of union, had said he believed the “majority” of schools would be affected “either through complete closure, partial closure or reduced timetable”.

Courtney added that he expected the strike to be “well supported”, given the “discontent amongst teachers”.

Despite his vocal support for the union during an unprecedented speech at its annual conference in March, the Labour Party leader Jeremy Corbyn did not visit teachers on picket lines today, and Angela Rayner, the new shadow education secretary and a former trade union official, stopped short of backing the strike.

“This Tory Government is letting down parents, pupils and teachers,” she said. “On their watch, class sizes have soared and the number of unqualified teachers in our class rooms is up.

“No one wants to see strike action. It’s time both sides got around the table and started to thrash out a better deal for the next generation, which is what every parent wants.”

The walkout happened in the face of uncertainty about the future of school funding, which the government claims to be protecting in “real terms”. The Institute for Fiscal Studies has warned that despite this protection, schools could face an 8 per cent reduction in funding because of changes to pensions and national insurance contributions.

Teachers, who are already subject to the 1 per cent cap on public sector pay rises, are also fearful that a move towards a system where all schools are academies could cause massive variations in pay for school staff and force them to negotiate their pay on a much more regional and local level.

Nicky Morgan, the education secretary, told Radio 4’s today programme this morning that the strike was “unnecessary”, and accused the union of “putting children’s education at risk”.

She was expanding on criticism she levelled at the NUT in a letter on July 2, in which she said it was “particularly disappointing” to see the action going ahead given that the government had engaged in talks with union bosses about the issues they raised.

“I am committed to these talks, and firmly hope that they will be meaningful and productive,” said Morgan, who called on the union to reconsider the “damaging” action.

Morgan said it was “disingenuous” to suggest the government is not prioritising school funding, adding that it was also disappointing that the underpinning basis for the strike seemed to be teacher pay, when the “national average teacher pay is £37,800”.

School support staff were urged not to take on “any additional responsibilities” which may be given to them directly as a result of the strike.

UNISON, which represents thousands of teaching assistants and other non-teaching school staff said their members “should not be expected to provide cover for or take classes” unless they are contracted to do so.

In an advice document issued to members, the union said staff “should not be moved from the duties they would normally have carried out in order to cover classes and frustrate the industrial action of colleagues”.

“Members who are under pressure to cover should contact their UNISON rep, branch or region for further advice and support,” it said.